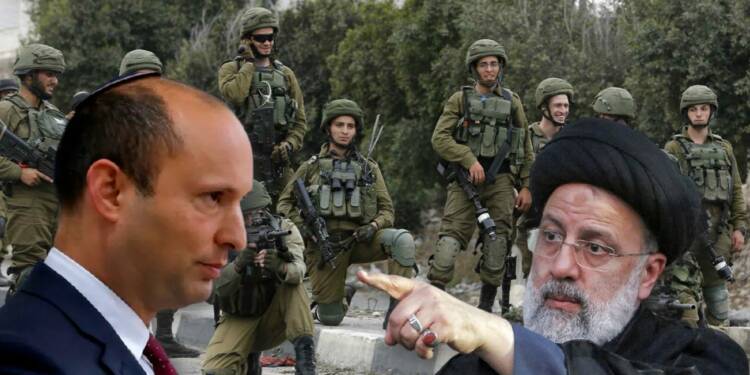 The talks among world powers and Iran regarding the Joint Comprehensive Plan of Action (JCPOA) are moving nowhere. In such a situation where Iran is playing hardball, optimism for a possible deal is waning. European countries are warning Tehran that time is running out and this might be the last chance. And in such a situation, Israel’s Defence Minister Benny Gantz presented a detailed timeline of an attack on Iran to the US officials. Given the circumstances, the American officials did not voice their opposition to the proposed attack which even had dates.

This news becomes all the more important as the Biden administration was pressurising Israel to stop its offensive against Iran. It was just ahead of the ongoing Vienna Nuclear talks that the Biden Administration pressurised Israel to stop the attacks on Iranian nuclear facilities as they sabotaged Biden’s wish to restore the Iran nuclear deal, and that’s exactly what Israel intended. But Israel continued with the onslaught on Iranian nuclear facilities and now it is presenting the Biden administration a detailed plan of its next attack, as if to say, ‘Here is our plan, stop us if you can.’

Israel presents a deadline for an attack on Iran:

Israel’s Defence Minister Benny Gantz informed American authorities that he had set a deadline for the IDF to finish preparations for an attack against Iran. When Gantz gave the dates of the proposed attack plan on Thursday, the Americans did not object to the Israeli preparations, according to a senior diplomatic source the next day. “There was no veto,” the source said.

The IDF has stepped up preparations for an attack against its archenemy. According to American sources, Austin and Gantz were due to discuss collaborative military preparations last week, while a story on Kan public broadcaster said that the IDF was planning a large mock strike aerial rehearsal for this summer. On Thursday, Gantz met with Secretary of Defense Lloyd Austin and Secretary of State Antony Blinken. The discussions centred primarily on Iran’s persistent pursuit of nuclear capabilities.

Reported extensively by TFI, American President Joe Biden has been pushing to revive Obama’s brainchild- 2015 signed JCPOA, or what is more commonly known as the Iran nuclear deal. The Democrats’ argument has been that Trump’s ‘maximum pressure’ policy against Iran has failed and that Biden’s negotiations with Tehran would succeed.

Read more: An irritated Biden appealed Israel to stop attacking Iran, Israel shut him up with its response

The Democrats somehow kept fooling themselves in the hope that Iran will honour its JCPOA obligations. Trump, on the other hand, understood that the Iranian government cannot be trusted and decided to unilaterally walk out of the JCPOA in May 2018. However, now with the change in guard in the USA, salivating at the prospect of a weak US leader, Iran has resumed the operation to enrich uranium to up to 20 per cent purity, to develop the nuclear bomb. History has taught us that even when the JCPOA was in force, Iran continued to develop its nuclear arsenal covertly.

While the facts were in the open, the Democrats still did not make amends to their Iran policy. The current talks in Vienna have brought out all the facts to the front and now the Biden administration has no choice but to stand corrected and follow Israel’s lead. It was in this background that the Defence Minister of Israel met with officials from the Biden administration.

“Even if there is a return to negotiations, sanctions on Iran must not be lifted.”  This is what Lapid told Blinken, according to the Foreign Ministry. He added, “The money that the Iranians would receive will be used to fund terrorism and missiles that will reach our shores.” While Israel has been preparing to attack Iran for a while and has even allocated a budget for the same, the mute acceptance of Israel’s intent by the Biden administration makes it clear that Biden has failed to overpower the USA’s Middle Eastern ally, and has been forced to follow the rules set by Israel.