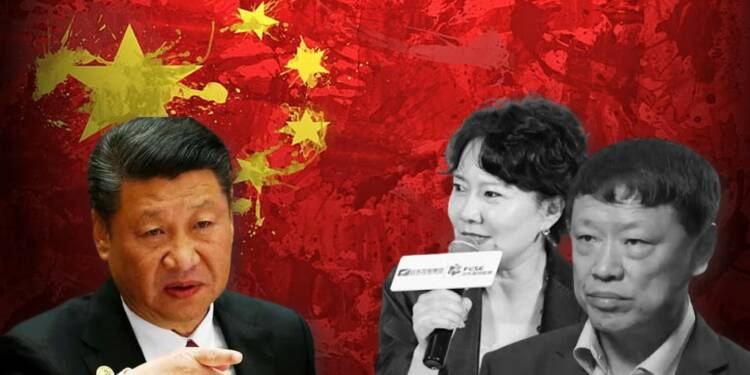 China’s chief propagandists have suddenly turned into the most-wanted criminals for the Chinese Communist Party. Recently, the chief editor of China’s premier news pamphlet Global Times, Hu Xijin, resigned from his post amid a spat with the CCP leaders.

Now, reports are emerging that an award-winning business journalist and chief-editor of China Business Journal was detained by the CCP authorities on December 12; a mere few days before Hu Xijin announced his resignation. Xi Jinping’s vehement censorship and crackdown measures have finally knocked on the door of state-controlled media.

Radio Free Asia reported on Thursday that Chinese ace business journalist Li Peiyu was being investigated for ’embezzlement’ and ‘extortion.’ Her friends say they lost contact with her on December 12 amid reports of her being detained by police and the CCP authorities. Liu Chengkun, a former reporter for the journal, said Li is in the custody of police in the eastern Chinese province of Shandong.

In the past, Liu himself had levelled allegations of corruption against her. In some reports, he alleged that Li Peiyu used her power as an editor to extort sums of money from companies in return for favourable coverage.

A senior employee at the China Business Journal was quoted by RFA as saying that Li has been incommunicado for several days and is under investigation by the CCP’s Central Commission for Discipline Inspection (CCDI). “She is definitely incommunicado right now, maybe [detained] not by the police, but the CCDI,” the employee said. “It’s hard to know what’s going on, but she’s neither in Shandong nor in Beijing.”

China’s wolf-warrior and strident journalist Hu Xijin, who also stepped down earlier this month, was accused of having extramarital affairs with two of his colleagues at Global Times. In a blog post earlier this month, Hu had rejected those allegations. He announced this Thursday that he was retiring from his role as the chief editor but will continue as an op-ed writer.

Hu Xijin last month drew criticism from the CCP authorities after he ferociously penned an article, in which he had criticized some CCP leaders for excessively interfering in the works of Global Times. In a November 2 article titled, “Frontline media need to be trusted to carry on mission.” Here, Hu Xijin not only underscored the media’s indispensable contribution towards the country’s stability but also dropped a subtle threat to the CCP if Chinese media continues to get the step-motherly treatment from the state leadership.

What did Xijin write in the article that rattled the CCP in epic proportion?

Hu Xijin did not betray his emotions while penning the anti-CCP piece, probably the first time in his career. He wrote, “I feel deeply that it is becoming more and more difficult to do media.” He then added, “frankly speaking, media practitioners have been subject to increasing restrictions for some time.

Most of these interventions have come from government departments and local governments other than the publicity department, as well as various influential institutions.” Soon after the article began being read on a large scale in China, the CCP scrambled to delete it from social media and erase all digital footprints belonging to the piece. Hu Xijin had just committed a crime, for which he was about to pay soon. And eventually, he paid, as we see it unfolding now.

This shows Xi Jinping and the CCP’s anxiety has reached staggering levels. Chinese state media has the potential to reach and influence masses of audiences. Global Times flexed its muscles in the November 2 article, at least in the eyes of the CCP, by penning an article against the CCP leaders itself. Of course, this must have raised red flags in the CCP. Hence, top journalists in China are now being intimidated and bullied under the aegis of the Communist Party.