‘Offence is the best defence,’ Alibaba is back with an offensive strategy against Xi Jinping 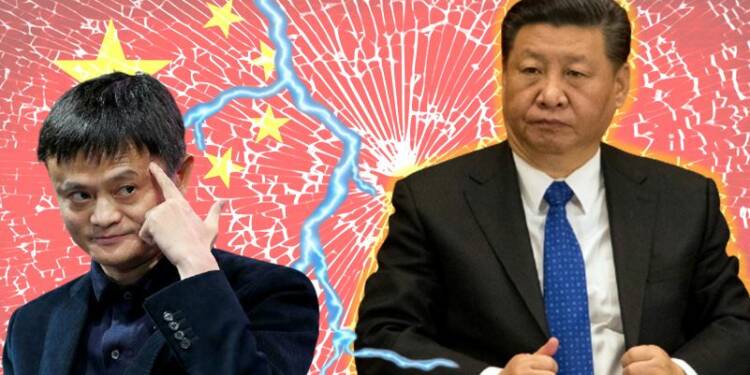 Nine months ago, Alibaba Group owner Jack Ma was the richest man in China. His tech empire was one of the biggest that China had ever seen, and Forbes described the man as Jeff Bezos, Elon Musk and Bill Gates all rolled into one. Jack Ma was a symbol of the entrepreneurial China, which has had enough of communist dictatorship. Jack Ma inculcated an aspirational environment among the youth of China. Jack Ma was a brand in himself, and more people around the world knew him rather than Xi Jinping. Needless to say, Jack Ma’s stardom was a pain in the eye for the Chinese despot in Beijing. So, Xi Jinping clipped Jack Ma’s wings and brought down his empire.

In November last year, Jack Ma disappeared. You remember that, right? He delivered a speech in October, in which he called China’s financial systems outdated. That served as reason enough for the CCP to run his empire to the ground. In the months that followed, Alibaba was accused of antitrust violations, and forced to cough up multiple fines, biggest of which was a $2.8 billion penalty.

Also read: For Jinping, It’s not about curbing Alibaba anymore, it’s about finishing it forever

Alibaba, which at its peak was Asia’s largest corporation with a $860 billion market value, has plummeted more than 60% since. In essence, Xi Jinping destroyed Jack Ma and snatched Alibaba right from Ma’s palms. Jack Ma was too powerful until last year. He could severely challenge Xi Jinping, and even win against him from within the CCP. Jack Ma belongs to the famed Shanghai faction of the CCP, which is after Xi Jinping’s life. Jack Ma terrified Xi Jinping. So, his empire was cut to size.

Alibaba takes on the CCP, once again:

You would have thought that Xi Jinping successfully tamed Alibaba, right? Well, I have news for you. Sure, Alibaba suffered a series of massive setbacks over the past one year. But it is now staging a miraculous comeback with the strategy of “offense is the best defense” in mind. Jack Ma is rising like a phoenix from the ashes. Needless to say, things are about to get pretty ugly for the CCP now.

According to Bloomberg, Alibaba has unveiled a sweeping blueprint to grow its international business and delve deeper into an under-served 15 trillion yuan ($2.4 trillion) rural Chinese e-commerce market. Alibaba is embarking on a period of sustained investment into the areas that could yield greatest growth over the longer term: its domestically leading cloud division, local services such as food and grocery delivery, and logistics.

Also read: Where is Jack Ma? After his showdown with CCP, the Alibaba founder has gone missing

Alibaba’s Chief Financial Officer (CFO) said, “Offense is the best defense”, while referring to Alibaba’s comeback plans. Alibaba, much to the dismay of the CCP, is also looking to expand internationally at an unprecedented pace. Do you have any idea what this means?

People from around the world could now actually help Alibaba take down Xi Jinping in China!

Alibaba is looking to serve 2 billion users around the world. The company has reported more than 1.2 billion annual active consumers (953 million of which were in China) over the past 12 months. To make matters worse for the CCP, Alibaba has set a keen target on Southeast Asia. Yes, the same Southeast Asia which China wants to gobble whole.

Alibaba has set a target for $100 billion (the total sum of purchasing transactions) in gross merchandise volume (GMV), for its Southeast Asian marketplace Lazada. Lazada, Alibaba’s Southeast Asian arm, Trendyol in Turkey and Daraz around South Asia have evolved into important units of the company. Alibaba wants Lazada to serve more than 300 million users eventually.

Do you see what Alibaba is doing here? Jack Ma is trying to make Alibaba larger, stronger and more influential than the CCP not just in China, but across the world – with a special focus on Southeast Asia. CEO Daniel Zhang, meanwhile, pledged to slash emissions from Alibaba’s supply chains and transportation networks by 50% by the end of the decade. And do you see what’s happening here? Alibaba is trying to make international friends by making big-bang environment-friendly announcements. This will help Alibaba dissociate itself from the CCP and carve an independent image for itself worldwide.

And do you know what adds strength to Alibaba’s planned takedown of Xi Jinping? The kind of legends that it is getting to bet on it. In October, legendary investor and Warren Buffet’s long-time partner (Charlie Munger) doubled his stake in Alibaba Group Holding (BABA). Mind you, Munger is someone who gets his stock market bets right more than 9 out of 10 times. So, if he has doubled his stake in Alibaba, rest assured, the group is going in for some heavy-duty work to resuscitate its fortunes and become a nightmare for Xi Jinping all over again.

The signs are out for all to see. Alibaba is rebuilding its fortress, arming itself with latest technologies, making allies and taking itself around the world. Soon, a war is about to come down on the CCP.

Terry Harvey is the co-owner of Tryon Title Agency