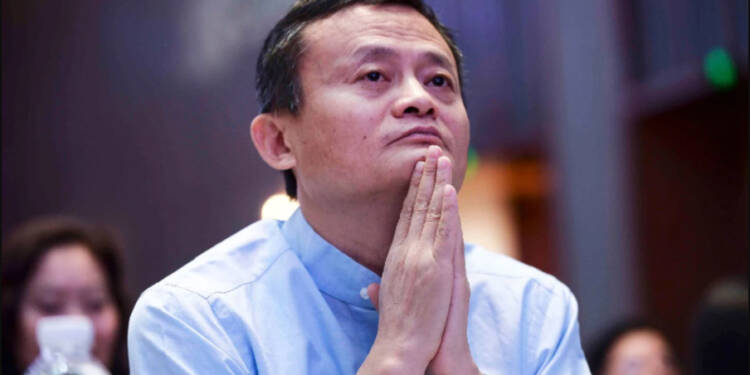 Nine months ago, Alibaba Group owner Jack Ma was the richest man in China. His tech empire was one of the biggest China has ever seen, and Forbes describes the man as Jeff Bezos, Elon Musk and Bill Gates all rolled into one. Jack Ma was a symbol of the entrepreneurial China, which has had enough of Communist dictatorship. Jack Ma inculcated an aspirational environment among the youth of China. Jack Ma was a brand in himself, and more people around the world knew him rather than Xi Jinping. Needless to say, Jack Ma’s stardom was a pain in the eye for the Chinese despot in Beijing.

According to Forbes, a vigorous onslaught by the CCP on Jack Ma’s empire has reduced Alibaba’s fortunes by half of what they were in October last year. What the CCP is doing to the Alibaba Group, according to Forbes, is a protracted dismemberment. The publication quoted a senior CCP official, who is an advisor to the top Chinese government body – State Council as saying, “The purpose is to rein in Ma Yun (Ma’s Chinese name). It’s like putting a bridle on a horse.”

However, the destruction of Jack Ma’s empire is far from over. In fact, Beijing is now doling out some of the most lucrative slices of Ma’s business to new “partners” of its choosing, including some of the most corrupt and financially shaky companies in all of China. It would be wrong to see Jack Ma’s singular statement against old and rusty Chinese policies as the possible reason why Beijing was cracking down on him. Xi Jinping has been insecure of the man for quite some time now, and his comments regarding China’s financial regulation served as a mere excuse for the CCP to prepone an inevitable crackdown on the man’s powerful and cash-rich empire.

In April, China’s antitrust regulator slapped a fine of 18.2 billion yuan ($2.8 billion) on the Hangzhou-based tech giant, making the penalty the country’s highest-ever antitrust fine. The fine was equal to approximately 4 per cent of Alibaba’s domestic sales in 2019.

The latest story is that the Ant Group’s money market fund has shrunk to a more than four-year low as users shifted their cash in the face of China’s crackdown on Jack Ma’s payments group. According to Forbes, Ant Group was ordered to “actively reduce” [the fund’s] size as part of a restructuring deal struck with Chinese authorities. The result of the same has been that Ant’s business has shrunk 18 per cent in the first quarter of this year, and is down almost 50 per cent from its peak.

Read more: After what Jinping did to Jack Ma’s Ant Group, fearful Chinese companies stay away from going for IPO

Alibaba and other major Chinese tech companies have come under fire as consumer concerns about their influence in China have grown. Since October 2020, Alibaba has been under investigation. After Chinese regulators expressed increasing concern about Alibaba’s financial arm, Ant Group, expanding into loans, asset management, and insurance, its co-founder, Jack Ma, chastised them as being behind the times.

What China calls a ‘restructuring’ of the Alibaba Group is, in fact, a destruction of Jack Ma’s empire – the devastating effects of which are now beginning to reveal themselves.