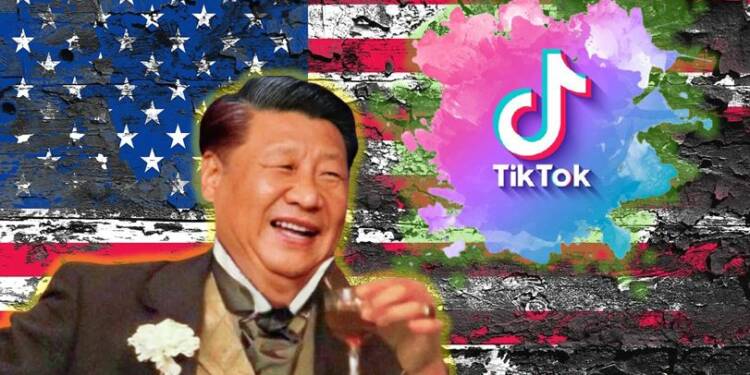 The social thread in the USA is already at a breaking point, courtesy of the Democrats and their ‘political correctness’. Now as per multiple reports, a threat of shootings and bombings at every school in the United States is circulating on social media, and at the center of this, is the popular Chinese social media platform TikTok. The vague threat, whose origins are unknown, includes text that specifically mentions Friday, December 17, and warns of school shootings and other violent acts on that day.

The threats generally do not mention individual schools, and local authorities have said that many of them are untrustworthy. However, given the vulnerable state, the US has reached under the Democrats, taking this lightly could very well lead to another wave of lawlessness. According to National Center for Health Statistics (NCHS), the homicide rate in the United States climbed from roughly six per 100,000 persons in 2019 to 7.8 per 100,000 in 2020. Researchers at the centre noted that the 2020 homicide rate of 7.8 is the highest recorded in the United States since 1995.

One thing that most of the people missed while reporting on the issue is the fact that the threats first started getting viral on TikTok, a subsidiary of Chinese tech giant ByteDance.

At TFI we have earlier reported on how TikTok is capacitated to create social unrest and lawlessness as and when the CCP (Chinese Communist Party) found it the most useful. Former TikTok employees believe that the Chinese parent firm of the popular social media app is a source of concern. According to the report, ByteDance has access to TikTok’s American user data and is heavily involved in the company’s decision-making and product development in Los Angeles. Some cybersecurity experts are concerned that the Chinese government could utilise TikTok to transmit propaganda or censorship to an American audience or to exert control over users who may later regret what they posted on the platform.

One employee, in particular, claimed that ByteDance personnel have access to user data from the United States. This was demonstrated in a circumstance where a TikTok employee wanted a list of global users, including Americans, who searched for or interacted with a specific sort of material — that is, individuals who searched for a specific phrase or hashtag or liked a specific category of videos. To get access to the information, this individual had to contact a data team in China. Users’ individual IDs were included in the data the employee received, and they could access any information TikTok possessed on particular users.

The threat of school shooting:

According to the Center for Homeland Defense and Security, there have been nine active shooter events and 235 non-active shooter incidents at schools so far this year, and school districts say they take each warning seriously. While there are “no known specific threats” against schools in New Jersey, Governor Phil Murphy tweeted that he has spoken with the state’s attorney general, the state police chief, and the acting director of the state’s Office of Homeland Security and Preparedness about the viral posts.

“We are taking the threat extremely seriously and are working with the Chicago Police Department”, Chicago Public Schools said. There is “no known threat to any CPS facility,” according to Illinois’ largest district, but any safety issues will be investigated immediately, if they occur. The FBI said in a statement about threats across the country and in the Los Angeles area that it takes all potential threats seriously.

The statement added, “We collaborate with our law enforcement partners on a regular basis to assess the veracity of any threats. We would like to remind the public, as usual, that if they see anything suspicious, they should immediately report it to law enforcement. While we continue to monitor intelligence, we are currently unaware of any specific threats or credible threats to schools in the Los Angeles area.”

Also read: Democrats have turned the USA into a hell hole as emergency services collapse

All these statements and the current state of panic is something that could not have been believable anytime earlier. However, the rising crime rates in the US have gotten Joe Biden cornered, the radical progressives still have been pushing to get police forces abolished under their broad agenda to ‘defund the police’. Any and every court case is now seen through the lens of tribal and racial proclivities, leaving no space for due process of law.

This is the best disaster brewing in the USA for any country that wants to see the country implode. There can be multiple approaches to look at the current developments, but one cannot deny the impact a foreign app, especially one which is under the control of CCP, can have on democracies.