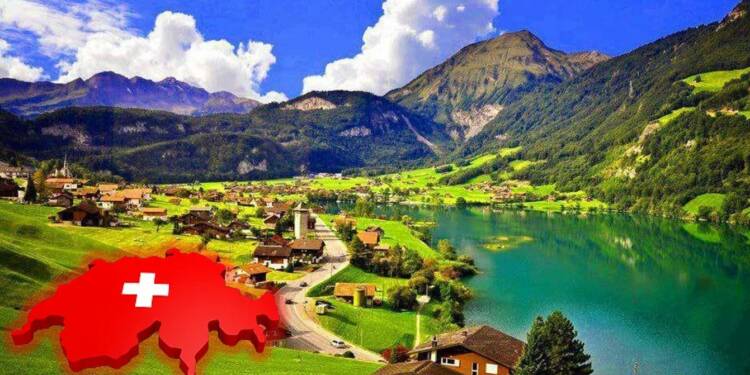 In the month of April, the US and Switzerland had a small diplomatic spat. At root of the issue was one of Joe Biden’s remarks in the US Congress. The US President said that “a lot of companies also evade taxes through tax havens in Switzerland and Bermuda and the Cayman Islands”.

Switzerland, of course, didn’t agree. Spokeswoman Isabelle Roesch of the Swiss finance department said, “Switzerland considers this highlighting of Switzerland as a tax haven by the USA as inappropriate and completely out of date.” She added, “Switzerland meets all international standards in tax matters.”

Also read: An anti-China spark lights up in calm Switzerland

But why has Switzerland become infamous as a tax haven, and why do the super-rich traditionally prefer Switzerland for storing their wealth? Let’s find out.

Even before Swiss banks became famous as the favourite destination of Hollywood villains, they were popular amongst the Europeans. Actually, the popularity of Swiss banks dates back to the 16th century.

At that time, the European continent was going through a renaissance. And there was skepticism all over Europe. Famous personalities like Leonardo da Vinci and Galileo raised doubts about the existence of God, and the Church got upset.

What followed was a period of conflict between Protestant Reformation and Catholic supporters. One day a monarchy would support Reformation and on other days it would turn against societal transformation, creating Protestant refugees all over Europe.

But there was one place that remained neutral — yes, you got it right, the landlocked areas of Switzerland which are located literally in between modern-day France, Germany and Italy.

But Switzerland didn’t have much of natural wealth, so it persuaded many wealthy businessmen to store their money in its banks. The wealthy responded enthusiastically, since Switzerland seemed like a safe destination in a chaotic Europe.

Throughout the 1600s, Switzerland remained a safe banking destination and not a tax haven. Many in Europe didn’t even understand how income tax worked (not that many across the world understand how it works even today). Even Albert Einstein found it hard to understand income tax, so you couldn’t expect a European in the seventeenth century to even think about it.

Yet, in 1713, something dramatic happened. The Council of Geneva passed a law that barred Swiss banks from sharing client information with third parties. And thus, the concept of Swiss bank secrecy was born.

Switzerland might have started the banking secrecy as a genuine safeguard for depositors, but things went south in the nineteenth century, when countries started levying income taxes for the first time. Suddenly, Switzerland became an automatic tax haven — perhaps, the oldest one in the world.

How Switzerland firmed up banking secrecy:

When the wealthiest people of the world start depositing their money in your banks, it becomes really hard to say no. And this is why Switzerland too found it difficult to give up on all the money coming its way.

In 1932, France cracked down on Swiss banks in Paris, unearthing untaxed money. This was when the world came to know of what black money actually meant. During the Great Depression, Switzerland again saw large amounts of capital flee from its banks.

Thus, in 1934, Switzerland tried to up its game by a notch and introduced the Swiss Banking Act. The Act, which hasn’t been repealed till date, made it a crime to disclose a client’s banking information to a third party without the client’s consent.

So, if you had millions of dollars of untaxed money, you could stash it in Swiss bank deposits and the banker won’t tell your government that you have been stealing all the tax.

Swiss banks do require extensive documentation before you open a bank account. And therefore, it isn’t as if you can rob a bank and store the cash in a Swiss bank account. But Switzerland doesn’t really care much if you were stealing taxes from your government. And then Switzerland also hasn’t done enough to prevent money laundering, which also ends up making the European country a laundering hub.

Under mounting global pressure, Switzerland has signed exchange of information programmes with several governments across the world. This year, it shared particulars of nearly 3.3 million financial accounts with 96 countries. However, the European nation still remains infamous as a tax haven and has only started reforming slowly in the past few years.