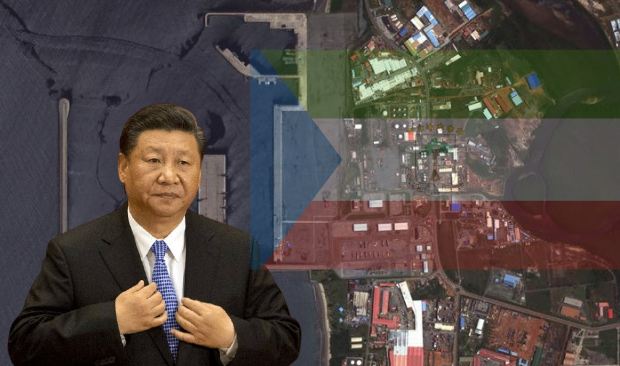 China is ready to get its fingers burned with a ridiculous decision- a military base on Africa’s Atlantic coast in the Central African nation of Equatorial Guinea. The port at Bata is all set to become the first Chinese military base on the coast of West Africa.

With this, China is moving towards its long-held dream of establishing a military presence in the Atlantic. Earlier, it had tried to wrest control of the Lajes Field, an Air Force base in Portugal. But it failed.

So, now China thought- let’s build a military base in the troubled nation of Equatorial Guinea. But this desperation could end up costing China in a big way.

China’s desperate bid to challenge the US:

Beijing is desperate, and is trying to send a message to the US- if you can venture into the South China Sea, we can venture into the Atlantic. US officials told the Wall Street Journal that with the planned port, Chinese warships might be able to rearm and refit in a location opposite to the east coast of the United States.

US officials have expressed concern over the development. The Chinese naval base would be located approximately 10,000 kilometres or 6,000 miles from Washington. And it makes sense for the US military to express concern. I mean if your rival wants to establish a presence in your sphere of influence, you would be worried.

China being too desperate

But at the outset, let me tell you something- China is not making a strategic move. It is making a desperate statement, and that is it. Equatorial Guinea is no stable part of Africa. It is a red zone- the hub of piracy. And the Chinese Navy has zero experience in anti-piracy operations and combat.

The Economist magazine claimed that “The Gulf of Guinea would be a logical place to look for a base.” It added, “Piracy is a scourge there.” And that China could argue that it is needed there.

But the fact is that no one invited China. It ended up searching for a country where it can influence a corrupt regime and establish a military base.

The Economist itself has stated that the family-run dictatorship in Equatorial Guinea “happens to be the sort that China is well-practiced at doing business with in Africa: brutal, corrupt, and a financial shambles.”

So, China simply wants to debt-trap a corrupt and bankrupt regime that doesn’t have the support of the people of the country. But how successful will the paper Dragon be?

Chinese military base will become a colossal wreck

China may be trying to enter the Atlantic, but it is not as if Beijing is going to topple Washington in the region that once used to be the venue of the US-Soviet Cold War.

For China to build a military base in waters infested with piracy activities and an unpopular, corrupt regime is a perfect recipe for a disaster. And you need to look no further than the Gwadar port in Pakistan.

Even in the case of Gwadar, China was trying to support a corrupt and brutal regime that does not enjoy the support of the Balochs in the province of Balochistan.

So, what happened in the Gwadar port? Baloch freedom fighters had started attacking Chinese interests, engineers and other officials. Balochs earlier hated the Pakistani occupiers, and now they also hate the Chinese. Meanwhile, the Gwadar port that the Chinese wanted to occupy has gone to the dogs.

The Gwadar port is a colossal wreck today. And China is making the same mistake in Equatorial Guinea. It is supporting the wrong government and is inviting the ire of the locals. Ultimately, China will end up investing a lot of money and it will go down the drain.

China will also face the heat of a strong anti-China wave in Africa. Countries like Kenya turned their backs on China once they realised that Beijing was out to loot them, and Equatorial Guinea won’t remain quiet either. China is thus fooling itself all over again.

The Shinzo Abe effect: the US drafts a joint plan with Japan to defend Taiwan from Chinese aggression