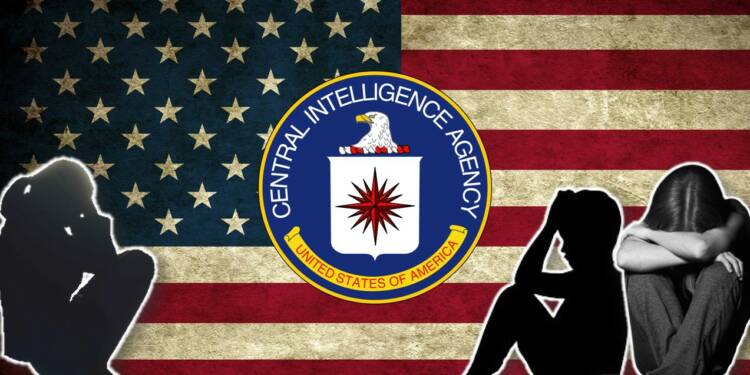 A bombshell was dropped on the CIA as a report revealed that a massive paedophilia racket was active in the organisation. Only one of the persons was ever charged with a crime, even though the majority of these instances were forwarded to US lawyers for prosecution. The rest of the cases were referred back to the CIA to be handled domestically, meaning that few people suffered any consequences other than the loss of their jobs and security credentials. This is a significant departure from how other government agencies, such as the Department of Homeland Security and the Drug Enforcement Administration, have handled sex offences involving children.

According to CIA insiders, the agency is hesitant to prosecute its employees for fear of exposing national secrets. While this statement may have worked in other situations, the extent to which the paedophilia racket was active, and the CIA apparatus was used to enable these activities makes one think about the depth of this rot. The Central Intelligence Agency has quietly accumulated convincing evidence that at least ten of its personnel and contractors have committed sexual crimes against children during the last 14 years. Hundreds of internal agency reports obtained by BuzzFeed News through Freedom of Information Act lawsuits contain the revelations.

A 2-year-old and a 6-year-old had sexual contact with one of the employees. He was let go. A second employee went out and bought three sexually explicit recordings of young girls that their mothers had taped. He handed in his resignation. While on agency assignments, a third employee estimated that he had seen up to 1,400 sexually abusive images of children. The records are silent on what, if any, action the CIA took against him. A contractor’s contract was cancelled when he arranged for intercourse with an undercover FBI agent posing as a youngster.

Only one of the people named in these documents has been charged with anything. The employee in that case, like the only other known case of a CIA employee being charged with child sex crimes, was also being investigated for mishandling classified information. The CIA refused to respond to specific queries, instead of saying that it “takes all allegations of possible criminal misconduct committed by personnel seriously.”

A representative for the Eastern District of Virginia, where many of the criminal referrals were sent, said the district “takes seriously its responsibility to hold accountable federal government employees who break the law within our jurisdiction,” but did not respond to specific queries.

There are a variety of reasons why prosecutors would not pursue a criminal case of paedophilia, according to four former intelligence officials familiar with how internal investigations function. One of them, who is acquainted with the CIA’s Office of the Inspector General, said the agency is concerned that it would lose custody of sensitive information in a criminal case. “We can’t have these people testify,” a former official who studied the declassified inspector general reports said, “because they might accidentally be forced to expose sources and techniques.”

The official said they understand the need to protect “sensitive and classified equities,” noting that the agency has had a problem with child abuse images for decades. “You just have to figure out how to prosecute these people for crimes of a certain class, whether it’s an intelligence agency or not,” he says. The documents also reveal a pattern of sexual abuse instances in which internal investigators discovered evidence of sexual crimes involving children, but no charges were filed by federal prosecutors.

Also Read: Chemical attacks in Syria were not done by Assad but CIA trained Jihadists”, Top scientist proves and gets cancelled

The records have been heavily redacted, as is typical of intelligence documents. The names of the accused workers and contractors, as well as data about their jobs at the CIA, are among the information that has been kept classified. The CIA claims that it is exempt from disclosing details about its operations due to privacy concerns, national security, and federal law.

CIA’s involvement in burying the cases

Five of the ten workers found to have committed sexual crimes against children were fired or forced to resign by the inspector general. Four others were reported to a personnel board or the Office of Security, which is in charge of CIA facility security and investigates secret disclosures. The outcome of one case, in which ten photographs of child sexual assault were discovered on an unattended CIA computer, is unknown. While he was overseas, the employee who was assigned to that device said he switched computers. He said he didn’t use it to look at such things.

In a tenth case, the inspector general received a report in November 2016 alleging that an employee had viewed child sexual abuse photos on a government computer. Although the investigators couldn’t corroborate the allegation, they discovered that he had shown a “consistent interest and pattern of [redacted] conversations involving sexual activities between adults and minors.”

The fact that even in the face of such extensive evidence of paedophilia, the CIA has decided to save these devils on earth, for supposedly “national security” reasons. These reports reveal the extent to which government agencies and their machines have been utilized by paedophiles. And the fact that these agencies are safeguarding them, instead of providing justice to the children who have lost their childhood goes on to show the ethical bankruptcy.