China’s Hegang city was once bustling with coal, now it is bankrupt 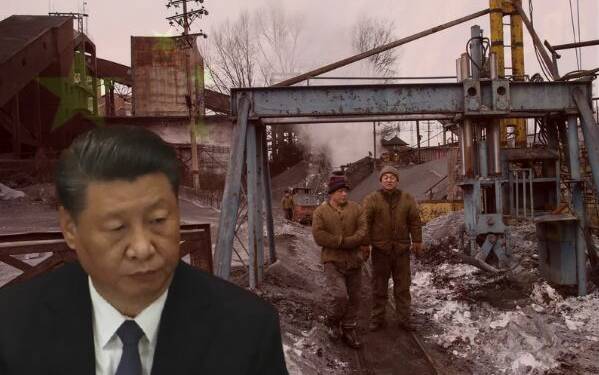 China is doing everything under its control to fight the severe debt burden crisis. One Chinese city is extorting small businesses to raise millions of dollars, while some other city is reducing the salaries of government employees or asking them to repay their bonuses. Now, another Chinese city has come up with a smart plan- don’t recruit people.

Hegang, a Chinese city in Heilongjiang Province bordering Russia, is one of the many Chinese cities struggling to fill the hole in its coffers amidst mounting debt burden and weak revenues due to the property crisis in China.

Last Thursday, the city announced a plan to cancel the hiring of lower-level government workers. The city administration stated that a fiscal restructuring plan has brought “significant changes to the city’s financial condition.”

Use jargon to confuse people. This is exactly what China’s local governments are doing. Let me make it simple for you- Hegang has no money to pay and so it doesn’t want to hire people.

Ironically, Hegang was once a coal-rich industrial hub. But then the reserves of the fossil fuel dwindled and that was pretty much the end of the road for the northeast Chinese city. But coal, or the lack of it, is not the only problem.

Read More: Just as China prepared to extract coal from its own mines, heavy rainfalls sealed them shut

The property sector crisis and shrinking land sales have affected all local governments, as land sales are an important source of revenue for them in China. However, Hegang’s property crisis pre-dates the Evergrande collapse. In 2018 and 2019, property sales in Hegang went down by 13% and 66.5% year-on-year by value, respectively.

The decreasing revenues and increasing expenditure has forced Hegang to rely on more debt. And more debt is now forcing the city to decrease expenditure, even if it means keeping people unemployed.

What are other Chinese cities up to

The property sector crisis and dwindling land sales have reduced the fiscal revenues of all governments. Expenditures, on the other hand, kept going up due to the Pandemic. Very few provincial-level governments in China have managed to have more annual fiscal revenue.

So, all Chinese cities are desperately trying to battle the severe burden that they are facing. Bazhou, a county-level city with a population of 750,000, in the northern Chinese province of Hebei went crazy with its measures to hike its revenues.

Local government officials conducted “carpet bombing” inspections throughout the city. With arbitrary fees, fines and unfair penalties in the garb of production safety and law enforcement, the city collected a whopping 67,183,700 RMB (approximately $10.5 million) from a total of 2,547 business owners. The fines were collected over 67 days, so that was something like a million RMB a day.

In Zhejiang’s Hangzhou, the tax bureau imposed a fine of US$210 million from Viya, China’s queen of live streaming.
You know every city has its ways of raising money. One city loots over 2,500 business owners and another one collects all the money from a live streaming celebrity.

The mounting local government debt is however leading to one uniform pattern- austerity in public sector jobs. Hegang halted a recruitment drive and Chinese cities such as Jiangsu, Zhejiang, Guangdong, Fujian, and Shanghai are slashing salaries and allowances of their civil servants.

A female civil servant from Zhejiang complained about Weibo, China’s microblogging platform, that her pay was cut by 25%, which is now affecting her daily expenses. We pray for her safety now.

According to Radio Free Asia, local governments across China are ordering teachers and officials to pay back bonuses. Civil servants and teachers at public institutions in Henan, Jiangxi, and Guangdong provinces were recently charged 20,000 yuan each in repayments for the first quarter of 2021 while being informed that all bonuses had been suspended indefinitely.

In the eastern province of Jiangxi, the Nanchang water resources bureau ordered its employees in June this year to repay their bonuses within 10 days. Authorities in Dexing city have ordered teachers to repay bonuses to their schools. Many government workers in China are seeing their salaries getting cut by around one-fifth recently.

So, pay cuts, job cuts and extortion, China is doing everything under their control to meet expenses and hike revenues. But the debt burden is proving too stiff to handle for most of the Chinese local governments. The debt crisis in China is thus unravelling and threatening to collapse local administrations altogether.