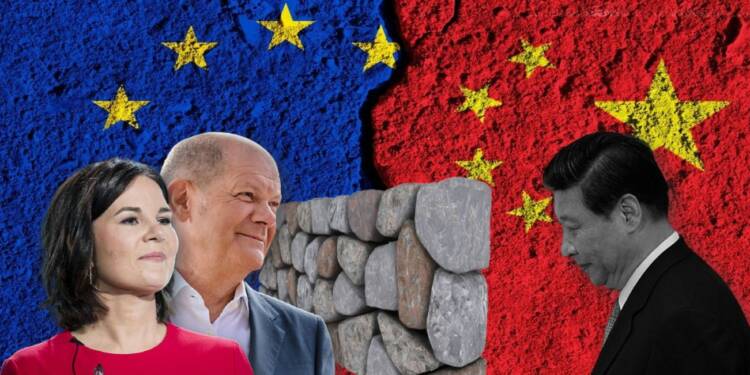 The extent to which the Chinese government has been humiliated by the European Union under the leadership of Germany since the exit of Angela Merkel is a case study in itself. Late last year, a situation that proves this observation presented itself. Last year, an apparent initiative by a Chinese delegation to reverse Beijing’s sanctions against a Berlin-based think tank was thwarted when their visit to Europe coincided with the news that EU sanctions against China would be renewed.

According to the SCMP report, a former Chinese ambassador met with representatives of the Mercator Institute for China Studies (Merics) in November during a visit to Europe by a delegation of former government officials. According to two people briefed on the meeting with Merics, Beijing appeared to want to ease off on the think tank’s sanctions, which were imposed last year as part of a tit-for-tat sanctioning blitz between China, the US, the EU, the United Kingdom, and Canada over alleged human rights abuses in Xinjiang.

The fact that Beijing desperately approached a think tank to pursue its track 2 diplomacy so that it can in some way influence the decision making in the EU and the German government, goes on to show how suddenly the Chinese Communist Party found itself stonewalled.

In late November, the Chinese delegation is thought to have been part of a mission led by Wu Hongbo, Beijing’s special representative for Europe. Wu’s contacts with European peers during his week-long visits to Benelux and Iceland were documented in official announcements. He must have realised that any attempt to work with the European Union via track 1 will lead to nothing substantial.

As reported by SCMP, “They [the Chinese side] thought they could do something with the sanctions, due to their expiration in March,” said one source, who asked for anonymity because of the closed-door nature of the meeting. “But they came too late.”

Beijing is not under any illusions, according to a Beijing-based expert with a government-affiliated institution on China-EU relations, that the delegation’s meetings will transform the current relationship. The Chinese researchers and Communist Party loyalists would want everyone to believe that it is not a big deal.

But the fact that even after mobilising both track 1 and track 2 diplomacies, it failed to convince the EU to even stall the decision to extend the sanctions.

In the last week of November, ambassadors from EU member states agreed that sanctions against four Chinese officials and one Chinese entity should be renewed for at least another year, starting in March 2022. The EU Council announced a few days later that existing sanctions will be extended until December 8 of next year.

EU has learned the lessons about China’s foreign policy approach

Wang Yi, in an interview with Xinhua News Agency, said that it is hard to imagine that on one hand, Europe seeks to build a comprehensive strategic partnership with China, and on the other hand, it defines China as a systemic rival. This heartfelt cry has come out as the European Union has decided to exact its revenge on China for attempting to divide the EU and monopolise its influence in the continent.

Read more: China was playing the European Union for years, now the EU is playing China

European Union, by supporting close cooperation with Taiwan has reversed the diplomatic games that China was playing for years. It has now brought the fight to China’s backyard by putting its weight behind Taiwan and by increasing its criticism of CCP’s human rights record. The influence of CCP in Eastern Europe is being snatched away by Taiwan and at the same time, European Union is normalising throwing One-China Policy into the bin. Now that is what you call defeating the paper dragon in its own game.

Notwithstanding CCP’s sweet-talk, the EU is on an offensive against China

The effects of former German Chancellor Angela Merkel’s exit have led to a sudden turn of events. And now Germany and the EU, which is heavily influenced by Germany, have decided to dump China, and embrace Taiwan. Germany has dropped another bombshell on the Chinese Communist Party (CCP).

At the same time, the EU has also adopted an equivalence system for Taiwanese COVID-19 certificates, signifying increasing cooperation.

The change in German policy is being powered by Annalena Baerbock, Germany’s new Foreign Minister. She has demanded that universal human rights be incorporated in any economic agreement between the EU and China and are hell-bent on making Chinese human rights violations a central part of Berlin’s foreign policy

As China attempted to relaunch its image in the West, Harvard Kennedy School research fellow Philippe Le Corre, who focuses on China-Europe relations, said it made sense for China to want to re-engage through think tanks and unofficial meetings. But even after running from pillar to post in order to get some sincere consideration from the German government and the EU, the simultaneous sanctions proved the level of mistrust in the German government concerning China.