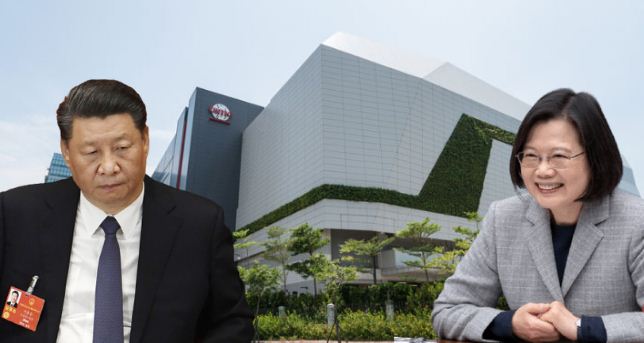 Taiwan is an asset for the world. Let’s just say, much of the world economy’s fortunes depend on Taiwan. Now, how would you react if I told you Taiwan is among the most powerful countries in the world? You’d probably laugh and consider me mad. After all, how can a small and internationally unrecognised country be considered ‘strong’, right? Well, what if I am not talking in terms of firepower? Taiwan is, in that sense, among the most powerful countries in the world. It is a country on whose back the world economy rests.

Taiwan’s most formidable weapons are not big. They are not mighty. In fact, they are extremely small. They are microchips. I’m talking about semiconductors. Do they ring a bell? Of course, they do. Taiwan is a semiconductor superpower. Without Taiwanese semiconductors, the world will practically shut down. Economies will collapse and entire civilisations will be reduced into nothingness.

That’s the hold Taiwan has over the world. Now, imagine Taiwan using this strength of its against China. How does the canvas look now? Grim for China, right? Well, it is. China depends on Taiwanese semiconductors. Imagine a scenario where Taiwan refuses to give China these semiconductors. Or, to step the ante even further, Taipei decides it will destroy its semiconductor manufacturing facilities to get back at China.

Taiwan Has China by the Neck

Taiwan’s semiconductors power the world. Something like 75% of the world’s integrated circuit manufacturing capacity is based there. When it comes to the most advanced fabrication technologies, Taiwan outshines even the U.S. today – for example, 92% of the world’s capacity for the manufacturing “nodes” of 10 nanometers and below, is currently located in Taiwan.

Now, imagine the extent to which China depends on Taiwan for its semiconductor needs. China can simply not go a day without using Taiwanese microchips. It has tried getting its own semiconductor technology for years now. However, success on that front remains elusive.

Read more: Taiwan’s stock market is soaring at the tragic expense of China

This is the most-downloaded paper published by the U.S. Army War College in 2021. One key recommendation is for the U.S. and Taiwan to threaten to destroy the facilities of Taiwan Semiconductor Manufacturing Co. TSMC is the world’s most important chip supplier. Destruction of its facilities in Taiwan, in the event of a Chinese invasion, would paralyse China for years on end.

According to the paper, “China’s high-tech industries would be immobilized at precisely the same time the nation was embroiled in a massive war effort. Even when the formal war ended, the economic costs would persist for years.” The paper added, “Despite a huge Chinese effort for a ‘Made in China’ chip industry, only 6% of semiconductors used in China were produced domestically in 2020.”

China can simply not afford an invasion of Taiwan. First, it risks getting embroiled in a war way out of its league. If the United States, Japan, France, India and other world powers decide to support Taiwan, China will not only comprehensively be defeated, it will also be taken back by several decades in economic terms.

Speaking of the economy, if China does launch an invasion of Taiwan, it would suddenly find all Taiwanese microchip facilities burnt to the ground. This would trigger a global crisis of semiconductors – of which China will be the biggest casualty. But guess what, the world is luring semiconductor manufacturers and ensuring domestic supply is maintained in times of such crisis. But China has no such alternatives. It relies entirely on Taiwan for semiconductors, and with Taiwan’s facilities gone, China will come to a standstill.

Taiwan, therefore, has a great weapon it can use against China. It can force China into submission and protect itself while at it.

Jinping fears China’s mind-control tools could turn against himself