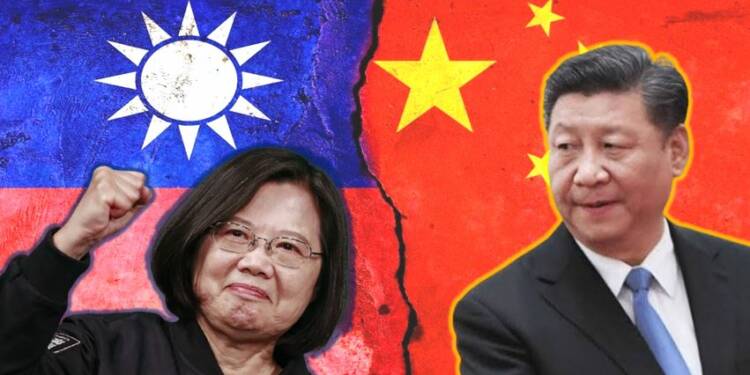 Communist China under Xi Jinping is notoriously infamous for its traps. Be it debt-traps, or other sneaky predatorial practices, China never shies away from bullying nations, globally. Most nations buckle under the aggressive Chinese pressure, but over the years, Taiwan seems to have developed an immunity against Chinese belligerence.

Also read: Jinping is so scared of Tsai ing-Wen that he is raining money to stop her from becoming President again

Now, in any other country, grassroots democracy would still mean that the local governments take as many decisions in possible. But then, Taiwan is no ordinary country. And you know that. You also know how Taiwan faces an existential threat, and is constantly on the lookout for a full-blown Chinese invasion.

In Taiwan, the people reign supreme. Taiwanese voters decide government policy on contentious and important issues by means of referendums. Sounds extraordinary, right? But that’s the way it is in Taiwan. Let’s get our basics straight first. The Kuomintang (KMT) is currently the opposition in Taiwan to President Tsai Ing-wen’s DPP government. While Tsai Ing-wen’s Party – the Democratic Progressive Party is hell-bent on maintaining Taiwanese sovereignty, for the KMT, the lines are rather blurred. KMT is pro-China in more ways than one, and it reflects in their domestic politics.

Two major referendums in Taiwan on whether to ban the import of pork containing leanness-enhancing additive and whether to relocate a new LNG terminal both failed on Saturday. Taiwan imports lean pork from the United States, and the KMT – at the behest of China, has been pushing for the import of such pork to be banned in Taiwan. This would jeopardise not only Taiwan’s relations with Washington, but also affect its bid to join the CPTPP in a detrimental manner.

The referendum proposal failed with more than 4.13 million people voting “no” against around 3.94 million in favour. It required nearly 4.96 million “yes” votes to reimpose the ban. So, not enough people turned up for the referendum, and those who did, voted in favour of President Tsai Ing-wen. After her government’s victory, the Taiwanese president said that the result showed how “Taiwanese people hope to go out to the world and are willing to actively participate in the international community.”

Taiwan has the smartest voters:

The defeat of the opposition’s motions to prove no confidence in Tsai Ing-wen’s government shows how Taiwan’s voters are among the smartest in the world. It is not often that voters have such clarity on issues which can have international ramifications for their country. But then Taiwan, as mentioned earlier, does not have the luxury to make mistakes. Its voters cannot let China make gains in their country through the KMT. So, they have resoundingly defeated the KMT’s move to remove Tsai Ing-wen from power.

Also read: Blinken made ‘crystal clear’ to China that Biden’s promise to defend Taiwan was just a ‘gaffe’

And then, Taiwan is at a very crucial juncture. It is at the tip of beginning its campaign to gain international recognition. Do you know how that will begin? When Taiwan is made a member of the Comprehensive and Progressive Agreement for Trans-Pacific Partnership (CPTPP). But that is exactly how China plans to spill water over Taiwan’s fortunes. China has submitted its own bid to join the trade pact. So, it is essentially competing with Taiwan for the same seat. By driving a wedge between Taipei and Washington on the trade front, China can hurt Taiwan’s bid to join CPTPP.

Therefore, the KMT is putting up a war effort to defeat Tsai Ing-wen on multiple fronts. Tsai Ing-wen is the woman who is leading Taiwan into glory, and with her gone, it will be much easier for Beijing to exert influence over Taipei. The people of Taiwan know this, which is why they sided wholeheartedly with their President, and not some sold-out Chinese stooges.

Trade ties between Taiwan and the USA going awry is something China wants to ensure on an immediate basis, despite Washington not being a member of the trade pact. Yet, it would be unwise to underestimate the influence which the US can exert within CPTPP. So, when you look at it in this context, you realise how shrewd and strategically sorted the voters of Taiwan actually are! You’d be like, ‘Wow’.

They know the dangers that KMT poses to Taiwan are severe in nature. Taiwan’s entry into the CPTPP will become a stepping stone for it to interact with the world and make some serious headway into other international organisations. So, the voters of Taiwan have stood by the country, and dealt a severe blow to China’s devilish designs.