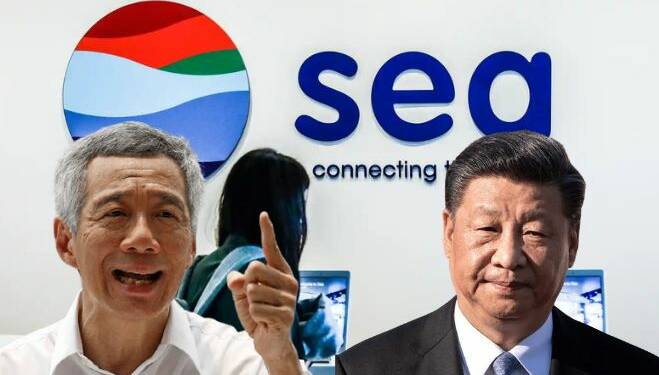 Now, Sea is avoiding that perilous route. Last March, Tencent had 23.3% voting rights in the Singaporean firm. Sea’s founder and CEO Forrest Li, along with Tencent, collectively holds 52% of the total voting power. Now, the company is making arrangements to cut Tencent’s voting share down to less than 10%. On the flip side, the CEO of the company would take control of 60% of the total voting rights.

As per a Nikkei Asia report, Sea’s market cap stood at over $180 billion at NYSE in September last year, which was by far the largest among Southeast Asia’s listed companies. Last year it launched an e-commerce service known as ‘Shopee’ in Mexico, Chile and Columbia, following its entry into Brazil in 2019. Sea is eying the Indian market too, and that’s why it is shunning Chinese influence rapidly.

This also shows that how tech firms across the globe are now prioritizing their interests in the Indian market over China. China’s red stocks speak volumes of China’s economic miseries. Investing in China is no longer a profitable business. So, the flourishing tech market of the world’s second-most populous nation—India—is now attracting global tech firms like never before.

This is Singapore, decoupling from China.

Japan’s railgun threat to China is the coolest yet