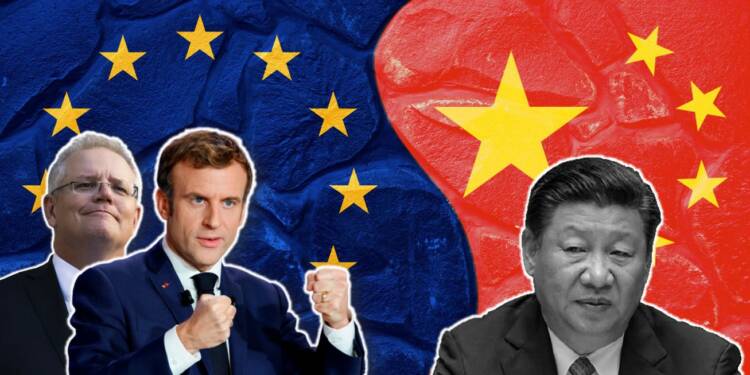 Australia’s successful braving of Chinese economic warfare for more than a year has made it a highly sought-after partner for anti-democratic powers worldwide. For instance, Japan is now eager to ink a major security pact with Australia on the sidelines of a bilateral summit to be held this week.

The AUKUS initiative showed the US and the UK are also interested in elevating security ties with the Kangaroos. And now Europe has made its intentions clear to seek Australia’s help on countering China’s Belt and Road Initiative.

Last month, the EU had unveiled its $470 billion “Global Gateway” plan to rival Beijing’s BRI ambitions. China’s nefarious infrastructural program has been dubbed as a tool for Beijing to debt-trap poor economies and for usurping their strategic assets. So, now Europe hopes that its “Global Gateway” will provide poor countries in Africa and Asia with an alternative to China’s predatory BRI campaign.

The EU’s global gateway is designed to accomplish two main objectives. One is to secure China’s supply chains and insulate those from the burgeoning economic crisis in China. The other is to counter China’s easy finance and influence. And in accomplish both objectives, the EU need Australia’s helping hand.

Senior EU officials Josep Borrell and Jutta Urpilainen were recently quoted as saying by the Sydney Morning Herald that the EU’s infrastructural plan will bring Brussels and Canberra together. They believe that the relationship between the EU and Australia is in “good health,” and the Global Gateway will further help the two countries strengthen their relations.

Read More: Australia was the first nation to ban Huawei, other nations followed suit. Now Australia is doing the same for BRI

France to get over the AUKUS setback

However, if the current EU proposal is anything to go by, France might be looking all set to press the reset button. It becomes even more significant since France has assumed the EU’s presidency this year. Sitting at the helm of the EU, France wants even deeper cooperation with Australia.

France, over the past few years, has hardened its position on the human rights situation in Xinjiang and Hong Kong. In its fight against Chinese tyranny, France and Australia are actually natural partners. Given China’s economic warfare against Lithuania, Australian expertise may prove a blessing in disguise for the EU. Scott Morrison has successfully steered his country away from Chinese clutches, and the EU now wants to replicate the same in Brussels.