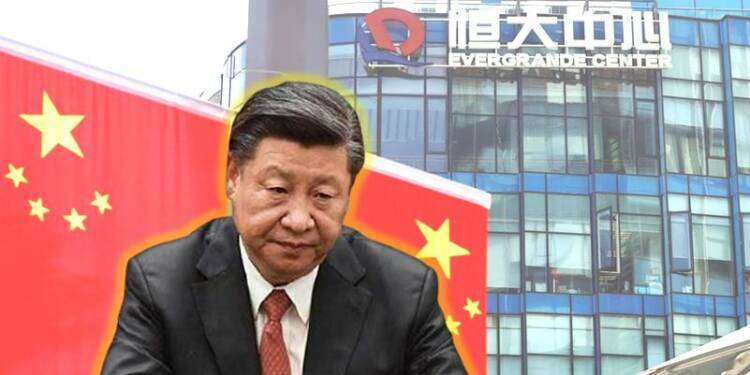 But 2022 is going to be worse. Evergrande owes international creditors over $400 billion. Well, that’s too much debt, and there is a bigger problem- the property developer has repeatedly failed to meet interest repayment deadlines.

On Friday, Evergrande is expected to seek a fresh extension for interest repayments. This is likely to further fuel a broader Chinese real estate collapse, which means even greater pain for investors in the Communist country.

Meanwhile, Chinese real estate investors are moving to Australia in big numbers. Juwai IQI, which markets real estate to wealthy Asians, has revealed that it is expecting Chinese investors to take more interest in Australia as Chinese property markets continue to slump this year.

Juwai IQI Managing Director Daniel Ho said that Chinese investors were particularly interested in Melbourne, Sydney and Brisbane. Some of them are also evincing interest in Perth, the Gold Coast and Canberra.

Ho said, “Some Chinese developers are struggling in the slowing market, and some buyers think it’s a good time to buy in Australia, instead.” He further added, “Chinese are used to much faster price growth than we expect to see in 2022, and the weaker forecast for property in China is raising buyer’s horizons and encouraging them to look overseas for real estate investment.”

After all, Chinese investors need some sort of outlet to invest their wealth. Chinese markets are burning and savings have got accumulated in the country. In fact, Ho said, “Chinese who can afford overseas property have also accumulated savings during the pandemic.”

China’s rich people have a history of dropping patriotic sentiment and parking their wealth abroad when it comes to saving their money from CCP’s mismanagement.

Recently, it was reported that rich Chinese people were escaping CCP’s tyranny and moving to Australia after the country relaxed its immigration laws. After all, Australia has a lot of things that are nowhere to be found at home, including a stable political environment, a strong economy, and good education.

Recently, tax authorities uncovered a China-based scheme that invested about 27 billion yen ($237 million) in Japanese real estate. According to Japanese publication Asahi, officials of the Tokyo Regional Taxation Bureau conducted a tax audit of a company in the capital’s Taito Ward that operated a photo studio aimed at foreign tourists. Tax officials found that for the three years until March 2019, three individuals living in China sent the equivalent of about 27 billion yen in cryptocurrency to the Tokyo company to have it converted into yen. The Tokyo company pocketed some of the yen as its commission.

On its part, the CCP is quite angry about how Chinese wealth is flowing out of the country and helping Chinese enemies strengthen their own economies. Chinese authorities have even tried to crack down on offshore trading services to mainland China clients by online brokerages. The crackdown would end up restricting millions of retail investors in mainland China from trading securities easily in foreign markets such as the US and Hong Kong.