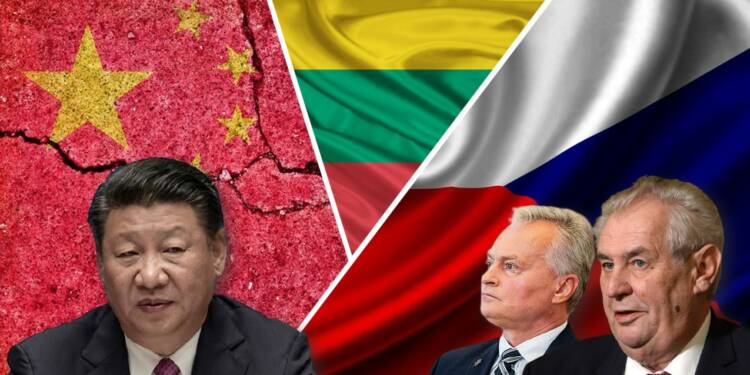 The way in which Lithuania has been able to take on the giant of a country that is China and its Communist regime has put an end to speculations of huge repercussions if one goes against China’s one-China policy. According to its latest Government Program Statement, Taiwan’s Ministry of Foreign Affairs (MOFA) welcomed news of the Czech Republic’s desire to encourage more collaboration with Taiwan and other Indo-Pacific partners.

The Government Program Statement, according to MOFA, covered the Czech government’s intended policies in diverse domains. The Czech Republic is a landlocked country in Central Europe. It is bordered by Austria to the south, Germany to the west, Poland to the northeast, and Slovakia to the east. This landlocked country was earlier taking a pro-Taiwan stance, but now it has completely joined Lithuania in leading a crusade against CCP.

In terms of diplomacy, the Czech Republic will continue Havel’s foreign policy of promoting democratic alliances based on its good relations with the European Union (EU), NATO member states, and its neighbours. On the other side, it singled out the Visegrad Group, Germany, the United States, the United Kingdom, Israel, Taiwan, India, Japan, and Korea as collaborators.

In response, the Ministry of Foreign Affairs (MOFA) said in a statement on Saturday (Jan. 8) that Taiwan-Czech relations have traditionally been good since both nations share ideals of freedom, democracy, and human rights respect. In addition, a Taiwanese team led by Minister Kung Ming-hsin of the National Development Council (NDC) saw the signing of five memorandums of understanding (MOUs) in high-tech industries in October 2021, reflecting both nations’ desire to foster further exchange.

Earlier, late last year, in an interview with VOA, Fiala said, “At least for the next four years, Beijing and Moscow will not have as easy a time as they did in recent years.” Petr said he expects the incoming coalition, despite its philosophical differences, to adopt a foreign policy that aligns with the strongly pro-human rights, pro-democratic ideals of his former boss – the founding President of the Czech Republic, Vaclav Havel.

The France-led EU could go as far as slapping sanctions on China, as the latter continues to stay engaged in a trade war with Lithuania. France wants the EU to respond quickly to Chinese actions against the tiny Baltic nation of Lithuania and the European Union. In reaction to Lithuania’s growing friendship with the island nation of Taiwan, China has cut Lithuanian imports and has also stopped importing such goods from other EU countries like France, Germany and Sweden that include parts from Lithuanian supply chains.

Meanwhile, the EU is planning to bring in an “anti-coercion instrument” to retaliate in such cases but fresh legislation could take years to come into effect and Macron cannot wait to punish China. When asked if France would push for action before an anti-coercion instrument comes into force, a French official told POLITICO, “Yes. We will take measures very quickly.” In separate remarks, he also said, “The anti-coercion instrument is still under negotiation, but maybe something can be done in advance in support of Lithuania.”

With a population less than that of the smallest second-tier Chinese city, Lithuania has defied China’s warnings by allowing Taiwan to operate a representative office in Vilnius, the Lithuanian capital. Lithuania has already announced its withdrawal from the 17+1 group, which brings together 17 East and Central European countries with China to support Xi’s neo-imperial Belt and Road Initiative. Lithuania recommended users avoid Chinese mobile phones after its defence ministry discovered that they had built-in censorship capabilities.

With Lithuania ready to create its own representative office in Taipei, Taiwan’s capital, China’s punitive campaign against the Baltic nation of 2.8 million people, has sharpened. The Chinese state media’s enraged hostility has gone to ridiculing Lithuania’s tiny size. But in all this, European Union and Taiwan have stood resolutely behind the Baltic country. And this has sparked a domino effect in Central and Eastern Europe.