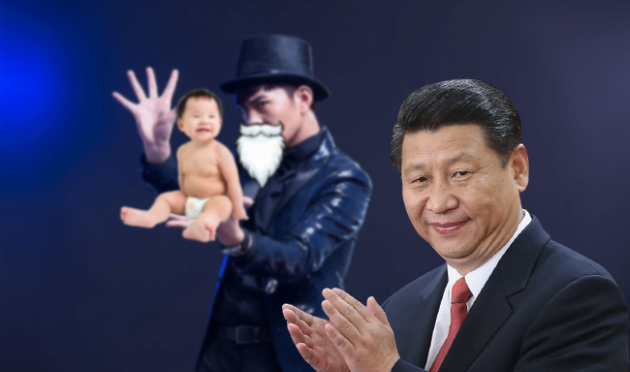 China is facing a population crisis! Its citizens are refraining from having children. Its women have lost interest in tying the knots and shoulder the burden of raising families. High inflation and plummeting economy are also driving this dangerous trend upward.

China has so far tried every trick in the book to encourage its youngsters to have marriages and children, but nothing has borne fruit so far! So, a disgruntled China is now pinning all hopes on its ‘senior citizens’.

China’s top economist comes up with a radical idea

China’s top economist Rén Zépíng has recently argued that the government should target ‘Generation X’ fertile men to boost birth rates. Rén recently released a research paper titled, “The solution to China’s low birth rates has been found”, in which he suggested setting up a $313 billion fund to solve China’s population crisis. He wrote, “This will solve China’s shortage of babies and offset its ageing population, making the future more sustainable without burdening ordinary people, enterprises, and local governments.”

Rén then progresses on to say that this fund shall be made available mainly for those who were born between 1975 and 1985. He also argued that the government should not expect its youngsters to have children and raise families.

He says, “The government should stop counting on those who were born after 1990. The reason is simple. People born between 1975 and 1985 still believe that more children will bring more happiness. But for millennials and Gen Z, many of them don’t even want to get hitched.”

Simply put, China is now hoping its citizens above 40 to stave off China’s demographic problem. Among other solutions to lift birth rates, Ren also stressed that the government should remove birth restrictions altogether and make public services more accessible to unmarried mothers. But he also argued that these measures will have only have a minor impact unless something “radical” and “innovative” is introduced.

The idea of getting its older ‘X generation’ to produce more babies is indeed radical and innovative, but can this be called a “solution” to China’s baby problem? This is true that people belonging to the X generation were barred by the government from having more than one child under China’s disastrous “One Child Policy” that the communist nation discontinued only in 2015. They may have wanted to make babies at young ages but expecting them to produce babies at a time of economic crisis at home and hyper-inflation is simply an overstatement.

The reaction by Chinese users

Even China’s social media lambasted Rén for coming up with such a bizarre idea. One user on Weibo wrote, “Those who were forced to undergo sterilization under the one-child policy are still alive.

Can we create a fund to compensate for their losses and agony first?” Some users fretted about its impact on ordinary people. One user mentioned, “A stimulus like this will certainly cause inflation, which will make living costs even higher for ordinary people. How could an economist not know this?”

The population in China is decreasing rapidly. In April, FT reported that China’s population was set to record the first contraction in five decades. The crisis could, however, run deeper. The Communist nation could see its population getting halved within 45 years. The country’s birth rate has fallen to 1.3, which is way below the average of 2 needed to maintain a stable population.

China almost certainly inflates its population. Corrupt local governments and officials artificially enlarge population numbers to get more subsidies and incentives from Beijing. China’s official numbers show a population of 1.4 billion, so we are talking about the Chinese population going down to 700 million by 2066. And the CCP fears this.

The CCP earlier had advised its members to produce more babies to boost birth rates in China. However, this diktat vehemently backfired on Chinese social media. As soon as the advisory by the CCP was out, angry people lambasted the Chinese government for attempting to interfere in their personal lives. The pushback was so intense that Chinese media had to trash their articles published on the issue.

That’s why China’s top policymakers are now forced to come up with ‘out of the box’ ideas to solve China’s biggest problem at the fore. The shrinking of the population is an existential problem for the communist party. The CCP economists are now encouraging senior citizens to have children and raise families. However, the growing outrage on Chinese social media against Ren’s bizarre proposal speaks vehemently of the imminent failure!