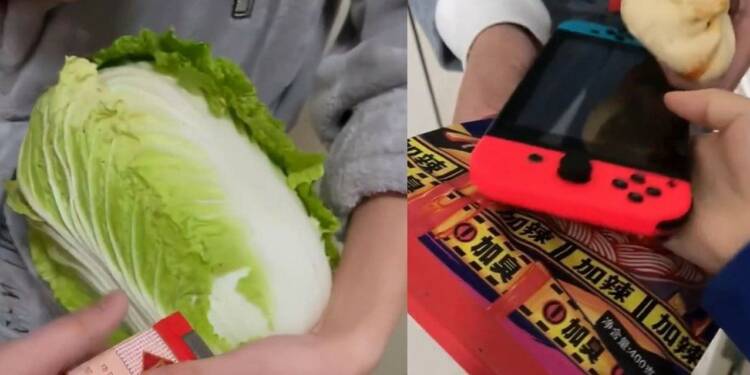 Potatoes: don’t you dare to call them a vegetable in China. For the Chinese, potatoes are a matter of life and death. Forget digital Yuan, forget online payments, forget cryptocurrency; the Chinese are using Potatoes as a medium of exchange. Students are paying their tuition fees is potatoes since their tutors won’t accept the fee in cash.

People who wish to buy cotton swabs or one packet of instant noodles must pay in potatoes. Some sellers may also prefer rice or any other edible thing as a medium of exchange. For the poor Chinese, anything eatable is way more valuable than the worthless Yuan.

Xi’an goes back to the 18th century

Yes, the central Chinese city of Xi’an has literally run out of food now! Anyone having enough eatables is considered nothing less than a millionaire. That’s because the city has become the new epicentre of covid infections in China, and authorities have sealed 13 million citizens shut in their homes without providing them with enough food supplies.

A Newsweek report mentioned that Xi’an residents are exchanging cigarettes for cabbages, dishwashing liquid for apples and sanitary pads for vegetables. Radio Free Asia reports that one resident offered a smartphone and a tablet for rice. A video also went viral on social media showing a resident trading his Nintendo Switch console for one packet of instant noodles.

Only government officials are allowed outdoors in Xi’an, who are entrusted with the job of supplying households with food and medicines. However, the food supplies are extremely limited and even non-existent in a large part of the city and people are left to fend for themselves by the authorities.

People of Xi’an are strongly criticizing the local authorities on social media while talking about their return to a primitive society. Xi’an, once a modern city, is now forced to adopt an 18th century custom of bartering goods.

What’s behind this severe food crisis in Xi’an?

The China virus is wreaking havoc in China. The new variants of the Covid-19 have ruthlessly penetrated China’s Zero-Covid policy. But Xi’an is not the only city under strict lockdown. Yuzhou, a city of 1.1 million people in central Henan province, was also shuttered this month because of three asymptomatic cases in two days.

Under Zero-Covid policy, a mere single case of infection is enough to put an entire city under lockdown. That’s an approach already discarded by several governments across the globe. But in China, Xi has cunningly used this Zero-Covid approach to not let people come out of their homes.

Some believe that by enforcing strict lockdowns, Xi Jinping is trying to prevent a political uprising against him. Also, the Xi administration is adamant about holding Beijing Winter Olympics next month despite the surging pandemic.

China sacrificing its own citizens for Olympics

For China, Winter Olympics is an opportunity for power projection on the world stage. The cancellation of these games would be perceived as a victory of the democratic world. So, Jinping has locked down its citizens in their homes for months now.

And that has spurred a massive food crisis in some Chinese cities. People trying to evade lockdown norms are beaten and heavily fined by Chinese police. RFA reported that one video clip that made the rounds on social media showed security guards beating a teenager in the lobby of a building because he went out to buy steamed buns. People in Xi’an are increasingly realizing the fact that these lockdowns are less about preventing disease and more about controlling the population. So, as per Xi Jinping’s expectations, Xi’an is safe; and calm, but only as long as people have potatoes to tame their hunger and rising impatience.