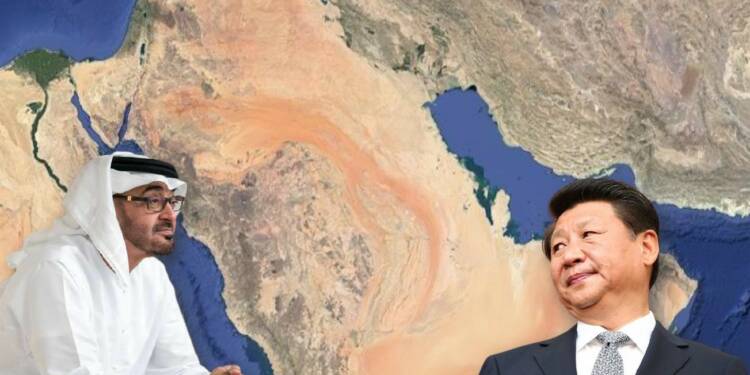 Chinese Communist Party has still not given up its aspirations for becoming the unipolar great power in the increasingly multipolar world order. Xi Jinping is still oblivious of the real state of socio-economic vulnerabilities of China and wants to finance geopolitical projects the world over. With the retreat of the USA under Joe Biden from the Middle East, China wants to replace the US as the major power in the region.

However, what Beijing considered a natural progression, did not happen and it was instead the UAE that started taking the role of a mature power that stabilises the region. Now frustrated by the rise of the UAE as the regional power centre, China has decided to establish its own Islamic block. Foreign ministers from the Gulf, Iran, and Turkey will meet in China this week, according to China’s foreign ministry, as talks on renewing the 2015 Iran nuclear deal are ongoing in Vienna.

China’s push to establish its own Islamic block

Between Monday and Friday, Saudi Arabia’s, Kuwait’s, Oman’s, and Bahrain’s foreign ministers, as well as the Secretary-General of the Gulf Cooperation Council, visited China. As reported by Reuters, Turkey’s foreign minister will come on Wednesday and Iran’s foreign minister, Hossein Amirabdollahian, will visit on Friday. At a press briefing on Tuesday, Chinese Foreign Ministry spokesperson Wang Wenbin said, “China and Iran steadfastly support each other on the main problems.”

According to Iran’s foreign ministry, Amirabdollahian will discuss a 25-year cooperation pact struck by the two countries. After the United States withdrew from a nuclear agreement reached between major powers and Tehran in 2018, China became a lifeline for Iran’s economy.

On Monday and Tuesday, Chinese Foreign Minister Wang Yi met with Bahraini and Saudi ministers and exchanged opinions on the Iran nuclear talks, according to the ministry. While the global non-proliferation system must be protected, Wang Yi warned his Saudi counterpart that the “fair and legitimate concerns” of countries in the region must also be recognised.

Economic issues were also discussed, with Beijing expressing willingness to work with Riyadh on new energy, e-commerce, law enforcement, and archaeology projects, according to a Chinese statement. The sudden thrust in the Middle East by Beijing shows not only the desperation but also the frustration of losing the region for good to the Abraham accord countries in general and the UAE in particular.

Over the last few months, the UAE has emerged as the driving force behind the Arab world’s foreign policy, with Arab diplomacy achieving enormous success on virtually every front in which the country has been involved. Warming relations with the Turks and the Iranians have been the two most significant achievements of Mohammed bin Zayed’s diplomatic manoeuvrings.

The United Arab Emirates also launched a $10 billion fund to help Turkey’s ailing economy. Officials estimate that overall investments in Turkey might reach $100 billion if relations improve. In order to please the Arab leadership, Turkey has already begun cracking down on anti-Arab and pro-Muslim Brotherhood views.

Read more: The UAE: the new Singapore of the Middle East

Since the not-so-subtle exit of the US under the Biden administration from the larger geopolitics of the Middle East and North Africa region (MENA), UAE’s Crown Prince Mohammed bin Zayed Al Nahyan (MBZ) is fast turning his country into a regional superpower. While the geopolitical fortunes were already on the rise, UAE has also been trying to solidify its hold of MENA’s international trade and logistical services as well as consolidate itself as the primer node of trade and commerce.

All these developments have made China realise that the window of opportunity that the US exit had presented itself, is now slipping away. And in its act of desperation, it is trying to revive its own Islamic bloc.