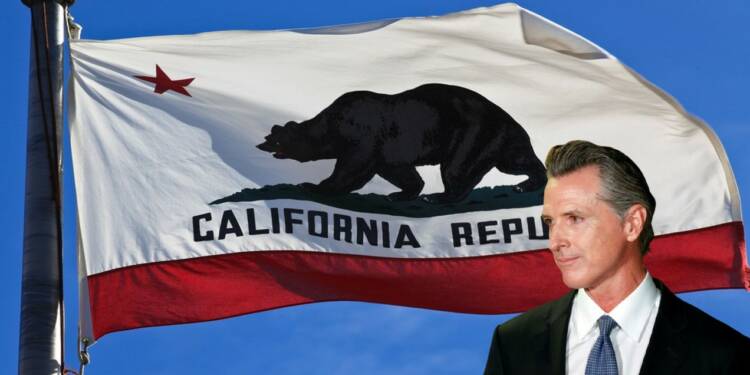 You are paying your taxes to ensure that the government builds more hospitals, schools, colleges, and other infrastructure. But where is your money going? Well, the Democrats could use it to placate the far left and turn your kids into left-wing activists.

At least, in Gavin Newsom’s California, public dollars are being spent to turn impressionable minds into left-wing conspirators.

No wonder, the district’s curriculum has been drafted by Community Responsive Education, a leftist organization helmed by critical race theorists at San Francisco State University. The district has around 6,000 students across a total of ten elementary schools and four middle schools, and it has agreed to pay the leftist organisation nearly $170k in taxpayer money. So, you have hundreds of thousands of dollars being spent to indoctrinate young minds.

Leftists are making public education a means of pushing their woke agenda. The presentation for a new curriculum during a school board meeting given in July 2021 began with an acknowledgement describing Ohlone people, not the United States, as the rightful stewards of the land on which JESD is located.

Allyson Tintiangco-Cubales, a professor at San Francisco State University and the co-director of Community Responsive Education, gave the presentation. Tintiangco-Cubales specialises in woke agenda and uses pronouns his/ her along with “siya”- a Filipino word used to refer to both males and females. You know how gender neutrality has become a prime agenda for the far left.

Anyway, the presentation explained that the new curriculum is supposed to “eliminate racism and other forms of oppression” by “creating, learning, listening, uncovering, and sharing of the his/herstories, experiences, and current conditions of those who have been racially marginalized, underrepresented, and/or silenced.”

Teaching American kids how America is racist and evil

The second unit of the new curriculum will make American kids hate America. It condemns America as institutionally racist and also tells impressionable minds that white supremacism is rooted in American systems.

The kids will also be told that “institutional racism is the way in which white supremacy continues to oppress non-white people.”

Leftist ideology doesn’t thrive on debate and discussions. It thrives on long-drawn and loud protests as against a silent majority.

And the far-left wants more protesters. This is why it is targeting kids. It wants kids of today to turn into protesters of tomorrow and perhaps create another Black Lives Matter (BLM) movement.

This is why JESD curriculum will tell young kids about “the notion of transformational resistance.” Students will be asked, “How do we build social movements to create change and impact society?”

The children are told that they can “pursue true liberation” with an understanding of “solidarity, liberation, collective action, intersectionality, and dismantling systemic oppression.” And finally, kids will be exhorted by being told, “To achieve true liberation, we must actively and collectively work together to dismantle various systems of oppression (namely: institutional racism, white supremacy, etc.).”

The state of California is thus looking to reduce books into propaganda material. Except for the free speech extremism, American education is being reduced into a leftist propaganda campaign of the kind seen in the People’s Republic of China or North Korea.

And worst of all, public money is being used to achieve such far-left goals in a state where Governor Gavin Newsom already faces mounting criticism over mismanagement of the Coronavirus Pandemic situation.

California is already on the brink of becoming a tragedy under the Democrats, with a rise in the number of homeless persons, an increase in opioid addiction and large businesses fleeing the town, amidst the Pandemic. And on top of it all, the state is paying hundreds of thousands of Dollars to turn students into left-wing revolutionaries.