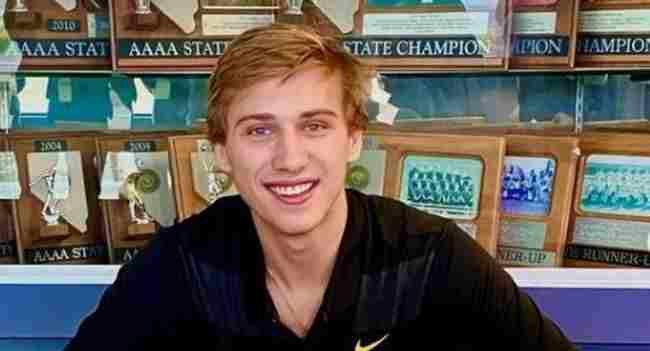 Jaden Gil Agassi is a baseball player in the United States who is the first child of tennis legends Andre Agassi and Steffi Graf. Jaden inherited his athletic genes from his parents, but he chose baseball over tennis. Jaden Gil Agassi is a pitcher/third baseman with a fastball that frequently reaches the mid-to-upper-80s.

During the summer, he competes for the Las Vegas Recruits and has committed to play baseball for the University of Southern California. According to ‘Perfect Game,’ he is the No. 66 prospect in his class and one of the top athletes in the Class of 2020. He’s also the best player in Nevada, where he grew up. He’s already competed in a number of high-profile competitions across the country.

Also Read: Jaden Michael: the actor who started his career in 2 years

Jaden Gil Agassi was interested in soccer, which he played for a season, as well as other sports, before settling with baseball. He reportedly “did not like the duels” in football. Throughout his youth, he played school baseball for several high schools in the Las Vegas area, where his family lives.

During the summer, he played competitive baseball for the Las Vegas Recruits and very quickly proved himself to be one of his team’s top players. Known for his extraordinary hand-eye coordination and his ability to hit home runs, he has been honored with four ‘Most Valuable Player’ awards already.

Choking his fastball in the high 80s, the high school sophomore became among the most wanted recruits in his class. In September 2017, his uncle announced via his official Instagram account that the youngster had committed to play baseball at the University of Southern California.

Jaden Gil Agassi was born on October 26, 2001, at Valley Hospital in Las Vegas, Nevada, to Andre Agassi and Steffi Graf, two well-known tennis players. He was born three weeks early and just four days after his parents married in his father’s Las Vegas house in front of only their mothers.

His middle name honors his father’s trainer, Gil Reyes, and his first name is a masculine variant of ‘jade,’ a word his mother had always admired. Jaz Elle Agassi, his younger sister, was born two years later, on October 3rd, 2003. Emmanuel ‘Mike’ Agassi, his paternal grandpa, is an Olympic boxer from Iran of Armenian and Assyrian ancestry. From his mother’s side, Jaden Gil Agassi is half-German.

Despite the fact that they were born into a family of great tennis players, Jaden and his sister were not coerced into the sport by their parents, who were forced into it when they were very young and came to regret it despite the fame. In truth, both Agassi and Graf had had enough of tennis and did not explicitly introduce the children to the sport.

They were instead free to do as they pleased. Jaden Gil Agassi dabbled in a variety of sports before settling on baseball. His younger sister Jaz, on the other hand, grew up loving horseback riding and hip-hop dancing. The loving parents do everything they can to help their two children achieve their dreams.