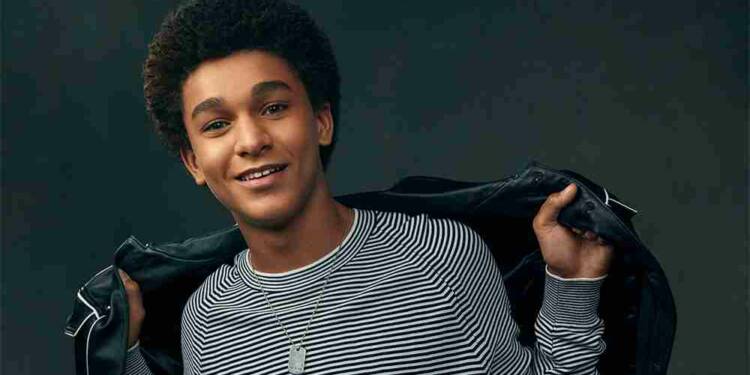 Jaden Michael is attracting Hollywood’s notice as a promising young actor in a crowded field. He has a long record of important credits while being only 16 years old. Of course, this includes a major part in Amazon’s Wonderstruck, helmed by Todd Haynes. Jaden Michael will also play Miguel Martinez in Lorne Michaels’ next feature film “Vampires vs. The Bronx” in the near future. As new opportunities present themselves, Jaden Michael impresses audiences by reminding them that the pinnacle of his career has yet to arrive.

Jaden was born and reared in New York City, surrounded by the entertainment business, and he began performing at an early age. He started modeling when he was just two years old and now describes the city as an “actor’s paradise.” His diverse expertise working on a variety of films has made him a sought-after actor for those in the industry to keep an eye on.

Jaden Michael has a verified twitter account and the account has been followed by 5k people. He introduces himself as “Enjoying Life doing what I Love / Actor and Activist / Dare to Be Different”. He can be reached at @ItsJadenMichael on twitter.

He enrolled in Dwight Global Online School, a coeducational independent school for students in grades seven through twelve, in 2018. Jaden Michael also took a class with Lisa Regina, a well-known American acting teacher.

Jaden Michael is a descendant of the Dominican Republic. He was born into a family of Afro–Latino descent. Jaden Michael Clara Caminero is his mother’s name.

When he was just two years old, his mother landed him a modeling contract. As a result, she signed Jaden up with a talent agency, launching his acting career. His mom got him into modeling when he was 2 years old and eventually someone was like ‘hey your son is really good in front of the camera’ so they put his mom up with a talent agency and he started doing commercials from there.”

Following then, Jaden’s time was split between castings, recording sessions, and homeschooling. Jaden Michael made his short film debut in 2009 with the film ‘Love Seat,’ in which he played Bumblebee. He rose to prominence in 2013 after playing as Ollie, an 8-year-old boy abandoned by his mother in a new town, in the short film ‘Out There.’ When Ollie discovers unusual lights in his backyard, the film’s plot thickens.

Another notable short film in which he appears is ‘Seed of the Fight’ (2014), in which he plays a worker. The video depicts a country where children are exploited until new generations step forward to fight for them and alter their lot.

In 2016, he received a lot of praise for his role as Jeremy in the film ‘Penzai The Movie – A storey of grief, struggle, and redemption.’ In the film, Su, an elderly mystical Chinese woman, saves and defends Jeremy, a lonely and abused nine-year-old kid, from his alcoholic father.

He appeared as a child in the American series ‘Daycare Diaries’ in 2009. He had a brief appearance as an Easter Child on the American talk show ‘Late Night with Jimmy Fallon’ in 2012.

Later the same year, he appeared in the American police procedural drama ‘NYC 22’ as Christopher Millsap. He played Agent Otto in an episode of the children’s live instructional series ‘Odd Squad’ in 2014. Otto and Olive must stop zeroes from disappearing in the series since the missing zeroes have the potential to harm the town.