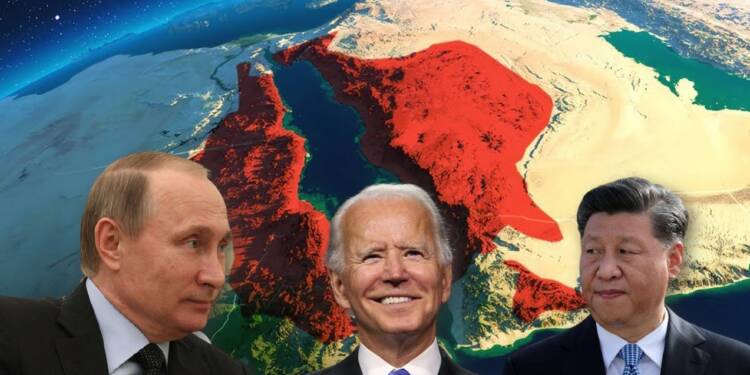 Africa, for quite long, has been the most unexplored or under-explored place on the planet and it is largely believed that Africa is a mineral and natural resource-rich continent. It is said that the next super growth in the world economy will be driven by Africa, and the most important reason for the African growth story will be the availability of enormous natural and human resources in the region. When it comes to natural resources, the latest site in Africa that attracts the world is the Nubian Shield located along the red sea.

What is Nubian Shield?

It is an exposure of Precambrian crystalline rocks on the flanks of the red sea. The countries of Egypt, Sudan, Eritrea, Ethiopia, and Somalia constitute the landmass of the Nubian Shield. It is exposed as part of the Ethiopian highlands, Asir province of Arabia and Yemen highlands.

Why is it important?

The Nubian Shield is unexplored or under-explored and is believed to contain tens of millions of tons of minerals and natural resources which include Gold, Copper, Zinc, Tin, Iron, Sulphur, Uranium, Platinum, Nickle, Cobalt, Chromite, Tantalum, Niobium and many more. Many of these minerals are in huge quantities. It is also the geographical location of this place that makes it important. It is located between the horn of Africa and the Gulf of Suez, that is, Suez Canal. The landmass resides along the red sea which is one of the busiest and most important trade routes because of the Suez Canal. It is also one of the most critical choke points in the world as any disruption in this region can cause the world trade and economy to suffer huge losses.

The location is also strategically important as it is surrounded by the counties like Saudi Arabia and Djibouti, and houses military bases of several world powers like China, the US, Russia and others. Also, the area mainly constitutes of or is surrounded by war-torn and unstable countries like Yemen, Somalia, Sudan, Eritrea, Ethiopia, and others.

Many of the minerals that are found in the region are extremely valuable and useful in military tech, consumer tech, electronics, automobiles and many more areas. For example, Chromite is a mineral necessary for the production of chromium superalloys, which is a material that forms the bases of jet turbine engines. Tantalum, another mineral, is a component vital to household electronics. Also, Niobium is a mineral that is used to strengthen alloys at low temperatures, making it sought after for use in rockets and missiles.

Also, don’t forget Gold. It is not just a metal, mineral or a natural resource but in today’s world, it is more of a precious, valuable, and tradable commodity that has extreme durability & Malleability. It is not just used as ornaments & jewellery by households, but it also drives the economy with many of its different industrial uses and most importantly, its use by governments and financial institutions as reserves, as a store of liquidity & value, and for many other uses.

The beginning of a geopolitical war

As the countries around the Nubian shield struggle and suffer due to wars, conflicts and instability, the world powers like China, US & Russia will continue to show interest, interfere, grasp influence, opportunity, and control. The world powers will continue to look at the region from the point of view of their national, military, strategic and economic interests. In fact, this has already started.

During a recent visit to Kenya, the Foreign minister of China, Wang Yi, said that soon Beijing will appoint a Special Envoy for the Horn of Africa. He said that his country wants to lead the peace process in the Horn of Africa by appointing a Special Envoy. This step by China in a war-torn and unstable region can easily be seen as a step towards establishing the Chinese power, influence & control over the region, so to fulfil its ambitious plan of playing a role in the region’s politics and security. Also, China has long been supplying military hardware to the Ethiopian government.

Nasong’o Muliro, an international relations lecturer at the Technical University in Kenya, said “China is turning from economic issues to military matters”. “Special representatives are not purely for trade. They do a lot of peace and security matters… But once China starts flexing its military power and having bases, then we may go to proxy wars” Muliro said.

After the Ethiopian government launched an offensive against rebels in the Tigray region in November 2020, the country and the government are facing serious political and economic instabilities. Millions of people have been displaced and tens of thousands have died due to the war and now this war is threatening to split the country. This is a perfect time and opportunity for a corrupt, predatory, selfish, and exploitative power like China. The US Department of defence, in its annual report on China, said that Beijing wants to establish military bases in Kenya and Tanzania.

Read More: Africa is all set to pull the plug on China’s plan to loot the continent’s resources

In this conflict-ridden region, the US too is playing its cards. Recently, the US special envoy for the region of Horn of Africa, Jeffrey Feltman, was sent to Ethiopia in a renewed effort to end the war & conflicts. This could be seen as the US efforts to spread its influence, power, and control over the country of Ethiopia and the region. The region has also seen setbacks from a coup in Sudan and an election stand-off in Somalia. These instabilities, conflicts, wars, and the high-profile visits of the officials from the world powers clearly point to a future geopolitical war.

A proxy war is destined to begin between the world powers and their regional allies/proxies. It would be a war for the control of the region, for the influence on its politics and a share in the minerals and natural resources of this area.