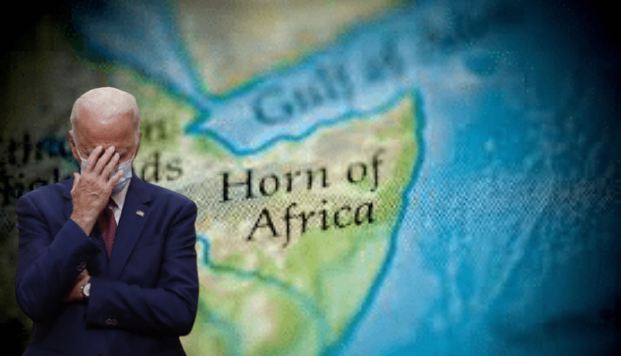 Ethiopia is currently facing a rebellion in its northernmost region of Tigray. The rebellion is led by a group called the TPLF. The Biden administration claims that Ethiopia’s forces and officials are committing human rights violations in Tigray, and therefore, the U.S. must get involved with a ‘humanitarian intervention’. The U.S.’ commander of Combined Joint Task Force-Horn of Africa, General William L. Zana recently confirmed the U.S. was looking to intervene in Ethiopia if the situation worsens. According to reports, Washington has been considering using its base in Djibouti to launch attacks on Ethiopian forces and assets. This will help the TPLF in its endeavour to capture the capital city of Addis Ababa and begin a cultural genocide on all non-Tigray people.

Read more: Ethiopia is about to fall. And Ethiopians are livid at Biden for orchestrating it

All was going as planned. But then, Djibouti stepped in with a simple no. It said its territory cannot be used by the U.S. for attacking other countries, and now, the Biden administration has been left embarrassed. Djibouti’s Foreign Minister Mahmoud Ali Youssouf tweeted that the US will not be allowed to strike Ethiopia from its military bases inside the country. He said, “Gen. William Zana the Commander of the camp Lemonier gave an interview to the BBC explaining how the American forces in Djibouti were carrying out a mission of fighting terrorism and the protection of their nationals in the unlikely event of evacuation.”

The Foreign Minister added, “Some expressed the concern about Djibouti’s territory being used for hostile intervention in the neighbouring countries. That is not going to happen for The Djiboutian Government is attached to its relations with its neighbours.” If that was not enough, he also said, “Djibouti appreciates its strategic partnership with the United States” but “this partnership is not oriented against any country whatsoever”.

Djibouti appreciates its strategic partnership with the United States and for sure this partnership is not oriented against any country whatsover .

The Horn of Africa Against Biden

Djibouti has become the latest country to resist Washington’s plans of plunging the region into a war it never asked for. It becomes the latest entrant in a list of countries that want nothing to do with the U.S., leave alone the likes of Somalia and Sudan, even Eritrea is least interested to entertain Washington’s lust for bloodshed in the Horn of Africa. Eritrea has deployed its soldiers to aid Ethiopia’s forces in their fight against the TPLF.

Sudan, meanwhile, has come to rest squarely in the lap of Russia, and will not extend any help to the United States. As far as Somalia is concerned, the U.S. has bombed the hell out of it, and Washington is simply not in a position to use its territories for operations against Ethiopia. What we therefore have is a region that has united against the U.S. and is not willing to let itself be consumed by Washington’s thirst for conflicts.