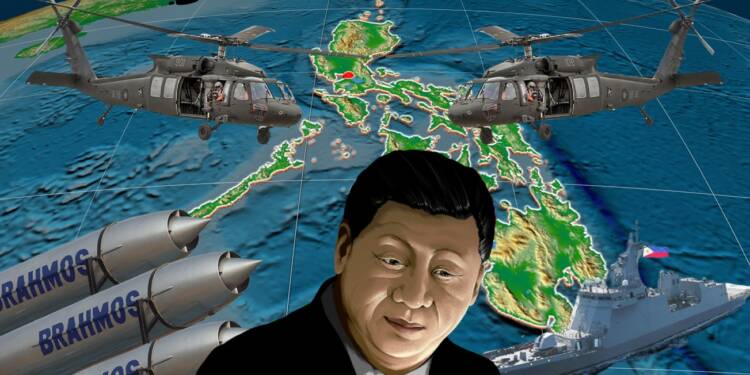 While the soon outgoing Philippines President has gone out of his way to appease Xi Jinping, it has resulted in collective embarrassment by the CCP of Manila time and again. However, no military and defence establishment, as proud as that of the Philippines, wants to become a tool of Xi Jinping’s neo-colonial aims. Therefore, the defence establishment of the Philippines hates Beijing, and it is doing what it can to match up to the China threat.

The last few decisions regarding the weapons acquisition have laid down the objectives of the defence establishment of the Philippines. After it had made two big moves – buying South Korean frigates and the BrahMos cruise missile from India; it has also ordered 32 S-70i Black Hawk helicopters. If these steps are looked at holistically, it becomes obvious that the intention is to turn the country into an impregnable fortress.

As reported by Reuters, the Philippines is ordering 32 S-70i Black Hawk helicopters from PZL Mielec, a subsidiary of Sikorsky Aircraft located in Poland, to supplement its existing fleet of 12, according to the country’s defence chief on Sunday. A notice of award was issued on Dec. 28 for the procurement of brand-new helicopters under a project that includes logistics support and a training package for pilots and maintenance staff for 32 billion pesos ($624 million), according to Defence Secretary Delfin Lorenzana.

Late last year India and the Philippines were said to be in an advanced stage of negotiations over the sale of BrahMos, a medium-range ramjet supersonic cruise missile. And now according to Defence Minister Delfin Lorenzana, the Philippines has signed a deal with India to buy three BrahMos ground-based missile systems for over $375 million to strengthen its navy.

The $374.9 million transactions with Brahmos Aerospace Private, according to the minister, was originally “conceptualised” in 2017 and only approved by the Philippine government in 2020. The missile is one of the most advanced weapons systems that can be launched from ships, mobile launchers, submarines, and aircraft. It is one of the fastest supersonic cruise missiles in the world.

Read more: Frigates from South Korea and BrahMos missiles from India, Philippines is getting serious

Meanwhile, the Philippines has also ordered two new warships from South Korea’s Hyundai Heavy Industries (HHI) in a $556 million deal with the South Korean shipbuilding giant. The corvettes will be delivered by 2026. Corvettes and frigates are small, fast warships that protect other vessels from being attacked.

Also read: How the Philippines’ defence establishment saved its country from becoming a Chinese puppet

This is exactly the kind of military hardware that the Philippines needs. At the end of the day, the Chinese don’t bring in their big aircraft carriers to intimidate others in the South China Sea. It is the Chinese Coast Guard and fishing militia that use small vessels to bully others. And the Philippines is buying the kind of corvettes that can take down such Chinese vessels.

Military officials in the Philippines hate China over how it took over the Scarborough Shoal and is now looking to take over Whitsun Reef, another disputed region between Beijing and Manila in the South China Sea. And going by the pace with which the Philippine’s military is acquiring weapons of high utility in the type of skirmishes it can expect with China, tells how serious the Philippines defence establishment is.