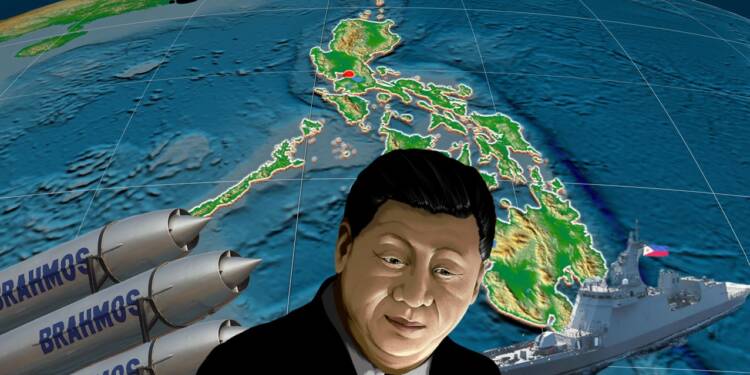 Philippine President retires in May, and he is doing some really crazy stuff like roping in a Chinese state-owned telecom company to acquire a 40% stake in a major Filipino network provider. Duterte is paving the way for China to colonise the Philippines. But the defence establishment of the Philippines hates Beijing and it is doing what it can to match up to the China threat. Now, it has made two big moves- buying South Korean frigates and a cruise missile from India.

The Philippines buying BrahMos from India

India and the Philippines are said to be in an advanced stage of negotiations over the sale of BrahMos, a medium-range ramjet supersonic cruise missile. The missile is one of the most advanced weapons systems that can be launched from ships, mobile launchers, submarines, and aircraft. It is one of the fastest supersonic cruise missiles in the world.

Meanwhile, the Philippines has also ordered two new warships from South Korea’s Hyundai Heavy Industries (HHI) in a $556 million deal with the South Korean shipbuilding giant. The corvettes will be delivered by 2026. Corvettes and frigates are small, fast warships that protect other vessels from being attacked.

Defence Secretary Delfin Lorenzana said, “This project will give the Philippine Navy two modern corvettes that are capable of anti-ship, anti-submarine and anti-air warfare missions.”

This is exactly the kind of military hardware that the Philippines needs. At the end of the day, the Chinese don’t bring in their big aircraft carriers to intimidate others in the South China Sea. It is the Chinese Coast Guard and fishing militia that use small vessels to bully others. And the Philippines is buying the kind of corvettes that can take down such Chinese vessels.

Defence establishment saves the Philippines from becoming a Chinese puppet

If Duterte had his way, the Philippines would have got reduced into a Chinese client state. But guess what, Philippine military decided to save the country.

Military officials in the Philippines hate China over how it took over the Scarborough Shoal and is now looking to take over Whitsun Reef, another disputed region between Beijing and Manila in the South China Sea.

Philippine military officers treat China as an enemy should treat an enemy. In October last year, the Philippine Navy decided to send over 200 militiamen to the West Philippine Sea to execute patrols and protect fishermen who have long been harassed by encroaching Chinese forces. Here too, the initiative was taken by the Philippine navy and not the President.

Philippine defence establishment has saved the country time and again. Duterte had sent a letter to the US last year expressing his willingness to terminate the Philippines-U.S. Visiting Forces Agreement (VFA). This move meant that Duterte was abandoning the US for China. But it in July this year, Rodrigo was forced to retract his statement under pressure from the military establishment.

Read More: How the Philippines’ defence establishment saved its country from becoming a Chinese puppet

Duterte may be acting as a Chinese stooge, but the Philippines defence establishment remains close to the United States of America.

After a tussle with the Chinese coast guard in November, Philippine defence establishment reminded China how public vessels are covered by the Philippines-United States Mutual Defence Treaty, and that a mere miscalculation on China’s part could spark a bigger military standoff in the region with the involvement of the US and other like-minded countries.

The Philippines defence establishment knows that Duterte is on his way out and that it has the freedom to take matters into its own hands. Duterte may have ruined the Philippines’ economic security, but the military has maintained Manila’s defence autonomy. After Duterte however, Manny “Pacman” Pacquiao, a China hawk, could come to power. With this, Manila could soon replicate anti-China aggression in its economic policy too.