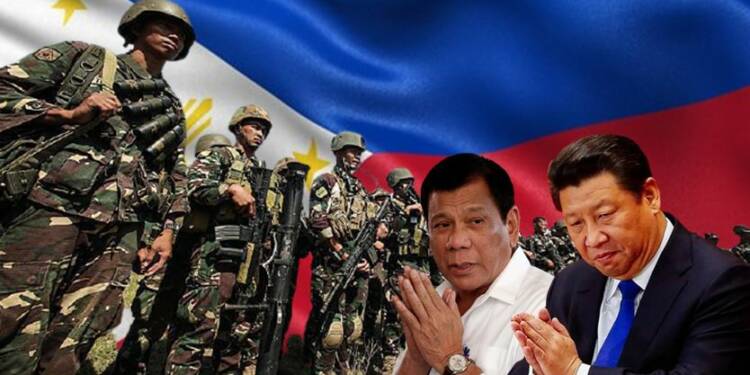 2021 is an unusually busy year for the Philippine military and defence establishment. The country has grown more confrontational than ever over the past few months, causing a nervous breakdown in Beijing.

A rattled China on Tuesday brazenly attacked two Manila supply boats on their way to a Philippine-controlled atoll in the South China Sea. Three Chinese coast guard vessels blocked their way and used water cannons, to deter them from supplying food items to military personnel stationed on the China-claimed islands.

The response from the Philippine defence establishment was ferocious, which wasted no time in lambasting the Chinese coast guard before he went on to remind China how public vessels are covered by the Philippines-United States Mutual Defense Treaty, and that a mere miscalculation on China’s part could spark a bigger military standoff in the region with involvement of the US and other like-minded countries.

Leading the charge against China was foreign secretary of the Philippines, Teodoro Locsin, who said that he had conveyed “in the strongest terms” to the Chinese Ambassador to Manila “their outrage, condemnation and protest of the incident.”

The Philippine military- A tough nut to crack for China:

Frankly speaking, with President Rodrigo Duterte at the helm of affairs in the Philippines, China never saw the country as a threat to its expansionist ambitions in the region. But, the Philippine military is a tough nut to crack, which has time and again shown its willingness to stand up against Chinese belligerence.

For instance, a group of Philippine military and defence officials visited South Korea earlier this month to inspect rocket systems and an anti-submarine warship, which is presently used by the South Korean armed forces. The Philippines is expected to receive military equipment and ammunition from Seoul in the next few months, in addition to military vessels and rocket systems.  These military equipment will help the Philippines deter any Chinese aggression in the future.

Interestingly, a total of 153 out of the 211 notes verbales, or diplomatic notes, filed over Chinese actions in the South China Sea, were filed in 2021 alone. This shows that the country’s foreign affairs department has been giving China a tough time whenever the Chinese coast guard gather their courage to storm into the Philippine waters.

But, who is behind the Philippines’ rampant military and diplomatic offence against China? It’s certainly not the President.

Rodrigo Duterte was a vociferous China hawk until he got elected as President, after which he reduced himself to a Chinese stooge. He strategically alienated and antagonised the United States and pulled out of bilateral agreements with the Philippines’ most important partner. He had even sent a letter to the US last year expressing his willingness to terminate the Philippines-U.S. Visiting Forces Agreement (VFA), but it was only in July this year when Rodrigo was forced to retract his statement under pressure from the military establishment.

Only recently, Duterte, while appearing to take on China, had exclaimed, “You can kill me but here I stay, this is where our friendship will end.” Most recently however, Duterte has issued a gag order which bars members of his cabinet from talking about the South China Sea in public. This was after many of Duterte’s ministers took an explicitly anti-China line.

Needless to say, it has been proven beyond all reasonable doubt that the Philippines President can only issue anti-China statements, but when it comes to walking the tough talk, he squirms out.

But Rodrigo Duterte’s tenure as the country’s president is coming to an end within a year, and that’s what has given the Philippine defence establishment a fortune moment to bounce back. If the electoral trend in the East Asian region is any indication, the Philippines is all set to get a China-hawk as its new President next May, and that would help the Philippine military to ramp up fortifications of the country’s maritime boundaries.

And the Philippine military knows how to deal with the Chinese menace at their doorstep. In October last year, the Philippine Navy decided to send over 200 militiamen to the West Philippine Sea to execute patrols and protect fishermen who have long been harassed by encroaching Chinese forces. Here too, the initiative was taken by the Philippine navy, and not the President.

Also read: How the Philippines’ defence establishment saved its country from becoming a Chinese puppet

If today, the Philippines is standing as a free nation, it is courtesy of the country’s military and defence establishment. Had they toed Duterte’s line and gone pro-China in their approach while abandoning the United States, the Philippines would have become a vassal state of the paper dragon by now.