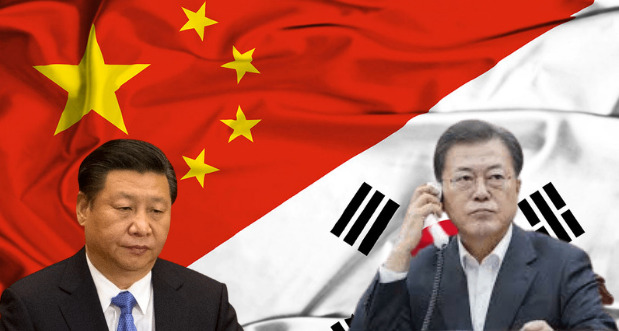 Last year, the Quad suddenly shot into the limelight as an information security forum to take on China. The informal security forum was established several years ago, but it has gained a lot more significance over the recent past due to the general resentment against China within the free world.

All US allies in the Indo-Pacific like Vietnam and Taiwan have started working against China. The only exception however was South Korea, which has not attempted to decouple from China. South Korean President Moon Jae-in is a pro-China leader which explains Seoul’s reticence in not going after China. Yet, South Korea seems to be finally aligning with the larger vision of US allies in the region by selling weapon systems and military equipment to the Philippines.

The Philippines, which shares some contentious South China Sea disputes with Beijing, is about to receive several weapons systems and military equipment from Seoul.

A group of Philippine military and defence officials visited South Korea earlier this month to inspect rocket systems and an anti-submarine warship presently used by the South Korean armed forces.

Representatives of the Philippine Navy also visited the Jinhae naval base in South Korea, where they examined the Pohang-class corvette ROKS Andong (PCC-771), a decommissioned South Korean warship. If the transfer takes place, it will be the second such corvette to be donated to the Philippines by South Korea.

The Philippines is also expected to receive additional equipment and ammunition from Seoul in the next few months, in addition to military vessels and rocket systems.

The weapons transfers from South Korea to the Philippines are solely aimed at bolstering the Philippine military forces against China. Manila faces maritime security challenges due to issues like the West Philippine Sea dispute and intrusion of Chinese ships into Philippine waters.

Now, acquiring South Korean vessels will allow Manila to deploy vessels and actively patrol its maritime territory especially at a time when the Philippine Navy is decommissioning at least seven ships due to maintenance costs. The Philippine Navy is reportedly going to retire ageing vessels like the BRP Miguel Malvar (PS-19), BRP Magat Salamat (PS-20), and BRP Mangyan (AS-71).

Philippine Fleet Commander Rear Admiral Lamour Bernabe explained that such ageing ships are down for maintenance most of the time, which reduces efficiency and hikes maintenance costs. He suggested that the excess maintenance funds could be devoted to acquiring new and more efficient platforms.

Bernabe added, “We need to phase out these vintage and WWII vessels whose average age ranges from 40-50 years old. The vessels’ spare and repair parts are obsolete and not economical to maintain.”

The politics behind the weapons transfer to the Philippines explained:

Both the Philippines and South Korea stand at a similar point in their internal politics and China relations. Seoul and Manila face a permanent threat from Chinese expansionism. However, South Korean President Moon Jae-in and Philippines President Rodrigo Duterte are hardly the kind of China hawks who can push back against Beijing’s intimidation tactics.

Moon Jae-in, in particular, has been at the centre of criticism over policies and decisions like the establishment of a massive South Korean chip plant in China.

Moon’s policies however were not in sync with local sentiment. SisaIn, a current affairs magazine, and pollster Hankook Research revealed survey results in June that showed a deterioration in South Korean public attitude toward China, particularly among the youth. Only 26% of respondents felt positive about China, compared to 57% who felt positively about the United States. With 28 per cent, even South Korea’s traditional foe, Japan, came out ahead of China.

Also, both the Philippines and South Korea face elections next year. Again, both Duterte and Moon Jae-in aren’t going to contest the 2022 polls due to term limits in their respective countries. Yet, there are China hawks in both the countries who threaten to derail Duterte’s PDP–Laban in the Philipines and Moon’s Democratic Party of Korea.

Harvard-educated Lee Jun-Seok, a 36-year old China hawk, is leading the conservative People Power Party of South Korea. He is banking on greater appeal with the youth and anti-China policies to clinch a victory in the elections next year.

In the case of the Philippines, the China factor became evident recently when Manny “Pacman” Pacquiao, the ambitious boxer-turned-politician, was voted out of the party after he criticised President Rodrigo Duterte’s dovish China policy. Days after he was ousted from the ruling party, Pacquiao announced his presidential run, sending shivers down the spine of the communist rulers in China.

For Moon, the increasing resentment against China and the rise of a China hawk in the opposition ranks became too hard to bear. He had to do something to show that he is not China’s friend and he has chosen to arm the Philippines for proving his credentials as an opponent of Chinese expansionism. In the process, South Korea is finally coming in line with the larger Indo-Pacific policy of pushing back against China.