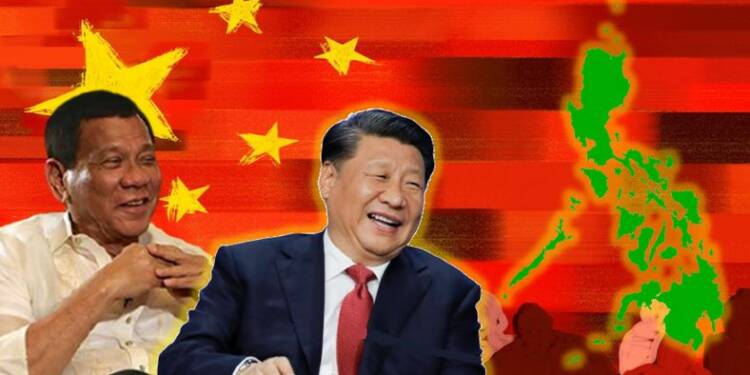 What is the Philippines up to? I’m serious! What on earth is going on in this country? Has it surrendered to China completely? Manila is really prostrating before China in the final months of Rodrigo Duterte’s presidency like no other country ever has, apart from China’s client state — Pakistan. Which brings us to an even more important concern. Is China turning the Philippines into its latest client state? The indications are all out there. The Philippines is being systematically turned into a Chinese colony, and as Duterte prepares to leave office in the next few months, the danger to this southeast Asian country is at an all-time high.

Also read: China is already scared about the prospect of a China Hawk President in The Philippines

As Duterte approaches the end of his term as president, he really has nothing to lose and nothing to fear. So, he is paving the way for China to colonise the Philippines. The Philippines had a telecom sector not long ago ridden with a duopoly. And how do you think the government tried and increased competition in the country’s telecom sector? By roping in a Chinese state-owned telecom company to acquire 40% stake in a major Filipino network provider!

China’s gradual takeover of the Philippines

Also read: Rodrigo Duterte is losing Philippines and only his love for China is to be blamed for it

But here comes the interesting part. Dito is 60% controlled by the group of Dennis Uy, a business owner and campaign donor to President Rodrigo Duterte, while state-backed China Telecom owns 40%. Essentially. Duterte and the CCP are in bed together, and they don’t really seem to care about what the public thinks of them any longer.

But here’s what’s most shocking about China’s colonisation of the Philippines — It is legally mandated! That’s right. According to the commitments which Dito made in its 2018 telecom license auction, the Chinese-controlled company is required to cover at least 70% of the country’s roughly 110 million people in 2022. In line with the same, the telecom provider plans to take its presence from 500 municipalities and cities which it currently caters to, to 800.

Therefore, Rodrigo Duterte paved the way for Dito’s rise as a formidable player in the telecom sector of the Philippines in 2018 itself.

China should have been nowhere near Philippines’ telecom sector

Telecommunications companies possess the technology necessary for communication through the internet, phone, airwaves, cables, wires, or wirelessly. They have built the infrastructure necessary for passing voice, words, video, and audio through these means across the world. And it just so happens that the Philippines, under Rodrigo Duterte, has flanked open the doors of the country’s telecom sector for China.

Also read: Chinese vaccine is so unpopular in the Philippines that the Duterte government is forced to hide vaccine information

The telecom sector is considered critical to a country’s security. It is a strategic asset in which no sane country should allow foreign interference. What we have in the Philippines, however, is a government which has practically sold out the country’s top telecom provider to a Chinese state-owned company which takes orders directly from the CCP’s standing committee.

Philippines’ defense establishment is no fan of Rodrigo Duterte, and there is an immediate need for the country’s defense establishment to step up and address the Chinese invasion at hand. China has come for the Philippines, but nobody in the country really seems to understand the extent of the threat which China now poses to Manila. The Philippines needs to be harked back into reality, and only the people of the southeast Asian country can do so.