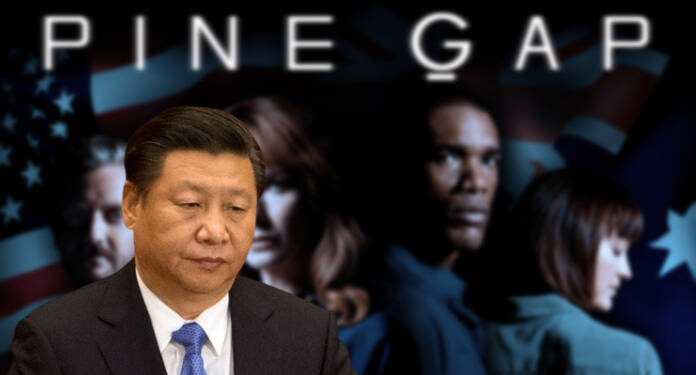 China is trying to use the international entertainment industry to validate and normalise its illegal claims across the Indo Pacific, particularly in the South China Sea. China has for years now been pushing the fake “nine dash line” – according to which the Communist nation illegitimately stakes claim over 90 per cent of the South China Sea.

The “nine-dash line” is a U-shaped feature on Chinese maps that depicts the country’s disputed claims to enormous swaths of the resource-rich South China Sea. The global entertainment industry has been infiltrated by the Chinese Communist Party, and in exchange for significant amounts of money – content producers are readily toeing China’s line.

However, countries which are first-hand dealing with growing Chinese belligerence are willing to have none of it. Now, the Philippines has taken the pro-China OTT platform of Netflix head-on. Netflix Inc. has removed two episodes of spy drama “Pine Gap” from its streaming service in the Philippines after the Southeast Asian country rejected scenes involving a map used by China to assert its claims to the entirety of the South China Sea. The Philippines on Monday asked Netflix to remove certain episodes of the six-part Australian series.

The Philippine foreign ministry said the map depicted on the Netflix show was a violation of the country’s sovereignty. According to the Philippines’ Department of Foreign Affairs (DFA), after a thorough review, the Philippines’ movie classification board has ruled that certain episodes of Pine Gap were “unfit for public exhibition”. That’s not where the Philippines stopped. The brave nation also called out Netflix and China’s nexus, saying, “such portrayal is a crafty attempt to perpetuate and memorialize in the consciousness of the present generation of viewers and the generations to come the illegal nine-dash line.”

It added that the appearance of the map was “no accident as it was consciously designed and calculated to specifically convey a message that China’s nine-dash line legitimately exists”.

The Philippines’ Following Vietnam’s Lead of Taking on China

In July this year, Vietnam too had taken Netflix to the cleaners for the very same series that has infuriated the Philippines. Following a complaint from broadcast authorities in Vietnam regarding the display of a map depicting Chinese claims in the South China Sea, Netflix Inc. had deleted the Australian spy drama “Pine Gap” from its services in the Southeast Asian country. The map illustrates China’s unilaterally announced “nine-dash line” and is exhibited in the context of maritime claims in the region. It appears briefly on the screens of a control room at a spy base in two episodes of the six-part show.

Vietnam’s Authority of Broadcasting and Electronic Information declared on its website that Netflix’s infringement “angered and hurt the feelings of the entire people of Vietnam.” In a statement, it had added, “This is the third time in a row in the last 12 months that Netflix has been found to distribute movies and TV shows containing content which violate Vietnam’s sovereignty.”

In October 2019, Vietnam banned DreamWorks’ animated feature “Abominable” from theatres because of a scene depicting the “nine-dash line” on a comparable map.

TFI has explained in the past how content providers and producers alike do not hesitate to toe the Chinese line wherever possible. Content stalwarts Disney and Netflix among others in Hollywood bend over backwards to protect the image of the Chinese Communist Party. China is a big market and thus OTT platforms ensure that their content follows the guidelines as prescribed in the CCP rulebook.

The Philippines is gearing for the exit of President Rodrigo Duterte from office, and going by recent indications – the defence establishment of the Southeast Asian country has made it abundantly clear how things will look like for China once Duterte is out of the office and a China-hawk takes over his position.

Barbados is going to be a sovereign republic