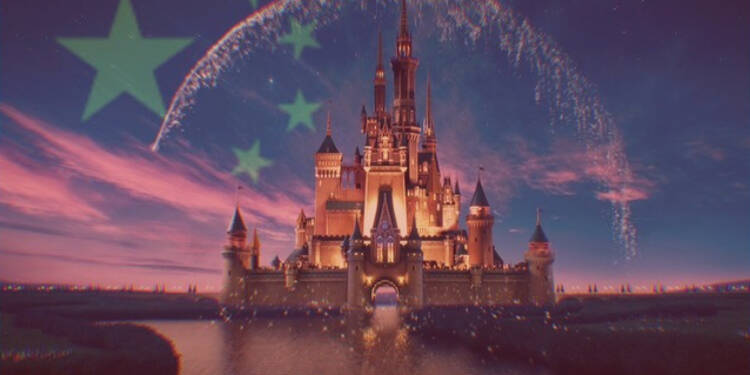 According to a Hollywood Reporter article published Friday, the Disney-owned studio Searchlight forced the American magazine Filmmaker to delete a quote from its profile of Chinese director Chloé Zhao because it was critical of China’s authoritarian regime.

Disney and Hollywood at large have always been protective of the Chinese Communist Party. The CCP is well aware of Hollywood’s reliance on Chinese box office receipts. As a result, any Hollywood film, or interview, must ensure that it is compatible with the CCP.

When asked about the inspiration for her first feature film, Songs My Brother Taught Me, Zhao said she identified with the main character — a Native American teenager trying to flee South Dakota’s Pine Ridge Indian Reservation — because she wished to flee the Chinese Communist Party’s dictatorial grasp when she was a child.

Spotlight, and by extension Disney, then requested that Zhao’s testimony be removed from the American media channel, ostensibly to appease its Chinese business partners and maintain access to the lucrative Chinese consumer market.

During the interview, Zhao had commented on the dictatorial regime of the Chinese Communist party and how she wished it to flee. She had said in the interview, “It goes back to when I was a teenager in China, being in a place where there are lies everywhere,” the quote read. “You felt like you were never going to be able to get out. A lot of info I received when I was younger was not true, and I became very rebellious toward my family and my background. I went to England suddenly and relearned my history. Studying political science in a liberal arts college was a way for me to figure out what is real. Arm yourself with information, and then challenge that too.”

The quote was deleted from Filmmaker’s website, but archived versions of it resurfaced in China after Zhao won the Golden Globe for Best Director. According to The Hollywood Reporter, Chinese officials responded by cancelling the local release of Zhao’s new film Nomadland in April and burying the incident by removing all traces of her mention on the internet.

Given Hollywood’s reliance on the Chinese box office, Disney has taken great care not to offend China’s Communist regime in order to protect its commercial interests. In a previous instance, Disney produced film “Mulan” gathered heavy controversy as it was being filmed in Xinjiang, the Chinese province where the Uyghur minority is being “re-educated” in concentration camps. To simmer the tensions, to keep their CCP overlords satisfied and Disney’s own coffers filled, the studio thanked the Xinjiang government for allowing them to shoot in the province.

Given China’s clout in Hollywood, anything and everything that comes out of Beverly Hills must be vetted by the Communist Party of China. As a result, although even minor dissent may bring major studios to their knees, such criticism; as was delivered in the interview, of the CCP’s authoritarian regime would never have seen the light of day because Hollywood has allowed itself to be plagued by the CCP cash.