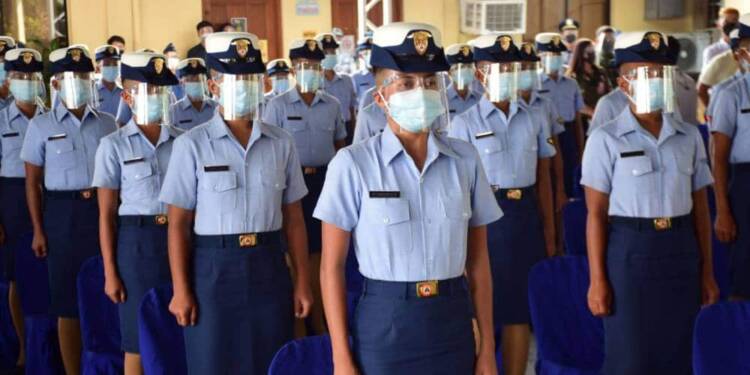 The Philippines has devised the perfect antidote for Chinese little emperors, who for so long, have been having a free run in the waters of the South China Sea, and have been intruding into the exclusive economic zone (EEZ) of the Philippines. The Philippines’ defence establishment has raised an entire contingent to take on China, and the Chinese are already sweating blood. They are fleeing the waters of the Philippines because Filipino women have now been roped in to take on Chinese patrol vessels and fishing militias. Dubbed the ‘Angels of the Sea’, the group of 81 women will soon patrol the country’s exclusive economic zone, which extends 200 nautical miles off the Philippine shoreline.

Vice Adm. Leopoldo Laroya, the Philippines’ coast guard chief said the Angels of the Sea will become the “voice of [a] peaceful and rules-based order at sea, especially in our country’s sensitive maritime frontiers.” Philippine officials have said that the women have been recruited under the belief they’d be better suited at repelling unwelcome foreign vessels and de-escalating a potential geopolitical crisis because their voices would remind the Chinese of their “wives or mothers.” However, what these women patrollers have ended up doing is embarrassing China’s militias and coast guard sepoys, apart from scaring the living daylights out of them.

In April this year, the Angels of the Sea first swung into action, as they drove Chinese vessels out of their country’s waters simply by speaking to them in a stern tone. The Chinese fishing boats, with militias housed inside, were deep in Philippine waters near a speck of coral reef known as Sabina Shoal. They bore no official markings, but their blue hulls of reinforced steel — used to ram other vessels — were a clear sign that they were Chinese maritime militia.

Soon, a Philippine coast guard ship approached the Chinese vessels. A woman’s voice lifted through the crackle of a radio: “This is Philippine Coast Guard. You are within Philippine exclusive economic zone. You are requested to provide the following: name of vessel, intention, last and next port of call.” Within a span of moments, all seven Chinese boats pulled up anchor and sailed to other waters. It must be remembered that Chinese vessels do not flee from any area in the South China Sea upon being challenged. However, in this case, upon being asked to simply identify themselves, the Chinese militias swam off like there was no tomorrow.

Video of the incident of a Filipino woman driving away Chinese militia forces spread like wildfire in the Philippines. The radio operator, Ensign Gretch Mary Acuario, was hailed a hero on social media and lauded in local news reports as “the woman who made the Chinese ships go away.”

Women are treated with disdain in China. The sex ratio of China is really in the gutter. With a deeply patriarchal society where boys are favoured over girls, China has found itself in a dearth of women population – to the extent that Chinese men have to venture abroad to find themselves, partners. On the other hand, the Philippines is trying to empower its women and is tasking them with the most important job that there is – fending off Chinese vessels which try to make their way into the sovereign waters of the country.

Read more: China finally wakes up to the Philippines, a challenge in its own backyard

Rear Adm. Ronnie Gil Gavan, who came up with the idea for the unit in 2018 after leading anti-piracy operations in the Celebes Sea said, “This is optimal utilization of their strength. There are things that only women can do. Crisis management is one of them.” In early May, only days after Acuario repelled the Chinese boats in Sabina Shoal, Philippine Foreign Secretary Teodoro Locsin Jr. had famously lashed out in a tweet telling China to “GET THE F-CK OUT” of the South China Sea, and had also likened the Communist nation with an “ugly oaf.”

President Rodrigo Duterte of the Philippines rode to power in 2016 banking on his vivid anti-China rhetoric. The past five years of his presidency, however, have led to a depreciation of bilateral and diplomatic ties between the Philippines and the United States. It has been Duterte’s concerted effort to toe China’s line on all issues, almost always at the expense of the Philippines’ security. But Duterte is about to retire, and the Philippines’ defence establishment is already running the show.

Therefore, the defence establishment and military of the Philippines have had to take matters into their own hands. They are very well aware of China’s predatory ambitions and realise that the United States is their best shot at trying to ward off a Chinese invasion.

China, with the exit of Rodrigo Duterte, is about to face the rise of a Philippines it has not known before. This Philippines will strive to grow stronger and self-reliant, with the help of its allies, so that it can confidently take on Beijing. China considered the Philippines an insignificant country, which was too small and too cute to cause Beijing any harm. But Beijing is beginning to see the reality now, and it is hardly amusing it.