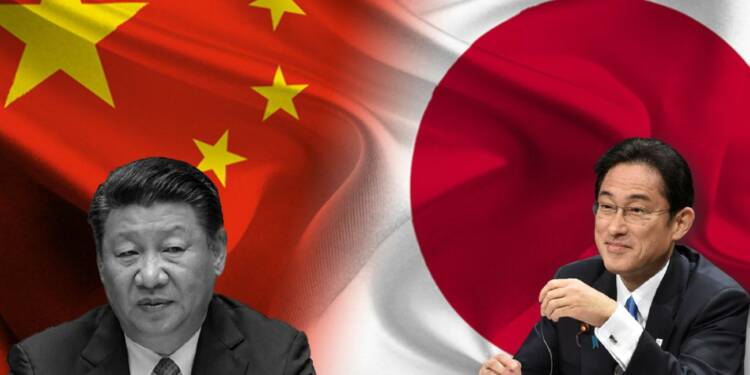 After the once-in-five-year CPC Congress, which is set to take place in the middle of this year, Xi Jinping is largely expected to be re-appointed as president and head of the powerful Central Military Commission (CMC), possibly for the rest of his life. All of his predecessors, including Hu Jintao, who passed the baton to Xi in 2012, left after two terms in office as part of a widely observed tradition to encourage the party’s new and collective leadership.

However, anyone who has even a cursory understanding of Xi Jinping, knows that he will only make sure that his position is secured, and he remains at the helm of affairs. Given the current situation China is in, Xi Jinping would need to take some big actions to galvanize popular support for himself before the session. This could even mean an expedition of Taiwan or even an increase in small skirmishes in the region.

One country that has centuries of experience in co-existing with China and knows the CCP in its original form has expected these developments. Japan, understanding these possibilities, has laid out its own plan to counter any attempts from Beijing to change the regional status quo.

Japan is preparing for a possible confrontation with CCP

According to Nikkei, the US and Japan are discussing stockpiling munitions in each other’s defence sites throughout Japan, including islands near Taiwan, to prepare for contingencies.

Last week’s two-plus-two conference of foreign and defence ministers examined the topic of joint use of facilities. The ministers “committed to increase joint/shared use of U.S. and Japanese facilities, including efforts to strengthen Japan Self-Defense Forces’ posture in areas including its southwestern islands,” the sides said in a statement after the meeting.

According to a source familiar with the talks, joint usage of facilities includes ammunition stockpiles and runway sharing. “There was progress on this issue so it was written into the joint statement,” the person said.

The southwestern islands, also known as the Nansei Islands in Japanese, are a chain of islands stretching from Kyushu’s southernmost tip to Taiwan’s north-western tip. If the above-mentioned policy is implemented, the allies would have munitions stockpiles in Taiwan’s close vicinity that could be immediately deployed and replenished. Yonaguni, the westernmost of the Nansei Islands, is located 108 kilometres off Taiwan’s east coast.

In the event of a battle in the Taiwan Strait, precision-guided weapons are expected to play a key role. Precision-guided weapons, with a stated accuracy of less than 3 metres, are seen as critical to breaching China’s anti-access/area denial (A2/AD) strategy, which aims to keep American, and ally forces out of the East and South China seas. Not only a strategic deployment in these Islands will thwart China’s stated strategy, but it will also create a Great Island Wall that will block the shortest route to the Pacific for China.

Japan, for one, has been improving the quality of its weapons, such as increasing the range of its Type 12 anti-ship cruise missile from 200 km to 900 km. The question of quantity, on the other hand, has taken a back seat. The two partners agreed to collaborate on research to fight game-changing new abilities such as hypersonic missiles, which are difficult to intercept with traditional missile defence capabilities, at their most recent summit last week.

Directed energy, which destroys targets with highly focused energy, such as laser weapons, was added to the two-plus-two negotiations as a new field of cooperation research. “Directed energy could also replace munitions and solve the shortage issue,” the source said, describing it as a critical technology for taking down drones and incoming missiles.

Read more: The Shinzo Abe effect: the US drafts a joint plan with Japan to defend Taiwan from Chinese aggression

Going by the scale of these commitments and the previous comments by the Japanese government representatives and Shinzo Abe, who has become the policy fountainhead of the country after leading it for the longest term in the post-war period.

We at TFIGlobal had reported about how Abe-san has accelerated close cooperation between Japan and Taiwan. We have also shed light on how he came to the support of Taiwan’s government after Joe Biden publicly humiliated the Island nation in the Democracy Summit. However, it was Shinzo Abe and the Japanese government which by stepping up their support to Taiwan and offset the damage which Joe Biden’s diplomatic blunder did.

Now, again by making sure that the USA is forced to share its weaponry and technological advances with Japan, Tokyo is making sure that Washington cannot afford to leave Taiwan to fend for itself in case of any adventurism by the People’s Liberation Army (PLA). If in any case Xi Jinping on using the Taiwan issue to rally the nation behind him, given the new Japan will make sure that Xi Jinping can never recover from these actions.