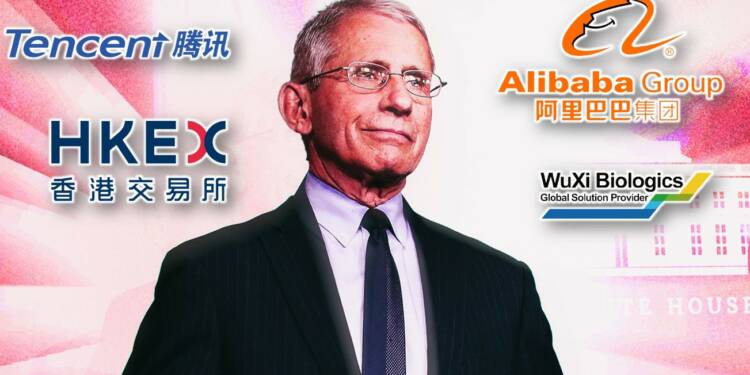 Dr Anthony Fauci is at the centre of a controversy yet again. And this time, the controversy isn’t related to Coronavirus but his financial investments in Chinese tech funds.

As per recently disclosed financial records, Fauci invested in Chinese “national champions,” which refers to large Chinese companies that further Beijing’s interests and are beneficiaries of State policies, in a 2020 investment portfolio.

The details were obtained and published by ​​Sen. Roger Marshall. The disclosed records show that Fauci, who is the highest-paid employee in the US federal government, had a mind-boggling $10.4 million in investments, including holdings in several funds, at the end of 2020. One such fund in which Fauci had invested was the Matthews Pacific Tiger Fund.

Interestingly, the Matthews Pacific Tiger fund channelled 42.7 percent of its investors’ capital on companies based in either Hong Kong or mainland China. These companies included some of the famous ones like Tencent Holdings, Alibaba Group Holdings, Hong Kong Exchange and Clearing Ltd., and WuXi Biologics Cayman.

Companies have close connections to CCP

There is one common factor that brings together all these companies mentioned right now- the CCP connection. Tencent, for instance, owns WeChat, an app that had faced ban fears from the Trump administration over national security concerns.

Tencent is known to comply with CCP censors and also extending its monitoring and censorship to American users of WeChat.

Similarly, Alibaba is one of many Chinese companies that were named in 2017 by China’s Ministry of Science and Technology on the communist regime’s “national team” for advancing artificial intelligence.

American officials too have warned about both these companies.

WuXi Biologics Cayman isn’t as popular as saying Tencent or Alibaba. But the biopharmaceutical firm listed in Hong Kong is equally close to the CCP. According to a 2021 report published by NetEase, a Chinese news portal, WuXi Biologics Cayman signed a deal with the municipal government in China’s Wuxi and formed a “Party-building alliance.”

Fauci, President Biden’s Chief Medical Adviser and the Director of the National Institute of Allergy and Infectious Diseases (NIAID), gave his records to Marshall after a request by the senator.

After publishing the relevant documents on January 14, Marshall lambasted the top US bureaucrat.

The Senator said, “Just like he has misled the American people about sending taxpayers dollars to Wuhan, China, to fund gain-of-function research, about masks, testing, and more, Dr. Fauci was completely dishonest about his financial disclosures being open to the public—it’s no wonder he is the least trusted bureaucrat in America”.

The latest revelations once again assert Fauci’s proximity to China.

Fauci is known to have strong connections with China. Last year, leaked emails had revealed how Anthony Fauci received a frightening message from an adviser of Bill Gates and offered his help to a Chinese health official at the start of the COVID-19 outbreak. Under the Freedom of Information Act, hundreds of pages of Fauci’s correspondence were made public.

Also Read: Dr Fauci made millions in 2020 and now there is data to prove it

According to a new report, Dr Anthony Fauci had corresponded with a Chinese health official early in the pandemic, acknowledging the “crazy people in this world” and resolving to “get through this together.”

He is also alleged to have falsified the claims that Coronavirus was manufactured in a lab despite being aware of the fact that some parts of the virus looked engineered. This is why Americans are highly critical of Dr Fauci, but recent revelations make it clear that he is an angel investor for Chinese tech firms.