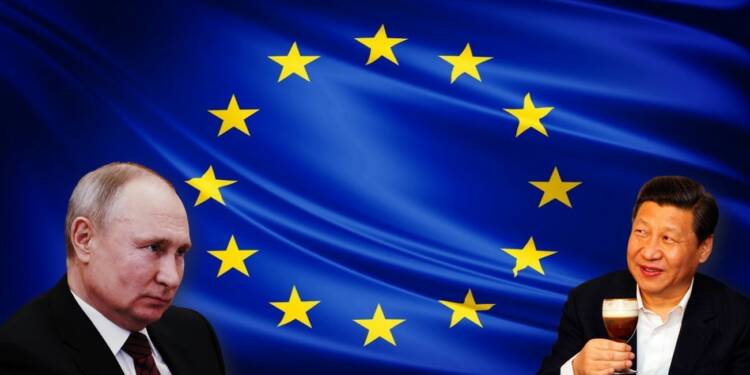 Natural gas; it’s not just fuel but a powerful geopolitical weapon. Ask Russian President Vladimir Putin, who keeps firing this weapon at Europe sporadically, just to remind them that the Europeans are living at his mercy.

But you see, we have a new player in the house. It’s called the People’s Republic of China. China, which spent the last year hoarding massive gas supplies from over a dozen countries, is now exporting it.

Yes, China is reselling its supplies and it has come as a blessing in disguise for the European Union. Reports show that Europe could buy out China’s gas supplies. Chinese oil and gas enterprise Sinopec will be selling dozens of spot liquefied natural gas cargoes this year. Bloomberg estimates China could resell as much as 4% of the total gas supplies China imported last year.

This is indeed a huge amount. China surpassed Japan last year to become the world’s largest gas importer. It aggressively secured gas supplies from Australia, the US, Qatar and Malaysia. But now China is realizing it doesn’t need these supplies.

The winters remained milder than expected, the economy is anyway devastated, and the pandemic has forced the people shut in their homes. So, China’s gas demand has significantly slumped this year, giving China enough room to play geopolitical games with the Russian federation.

How China’s move to help Europe may infuriate Putin?

So, how does China’s gas trade with Europe impede Putin’s master plan against Europe? Well, Russia is threatening to throttle gas supplies to Europe if NATO dares to overstep the Kremlin’s red line over Ukraine. The US is actively pushing the region towards a full-blown crisis by proposing Ukraine’s admission into NATO.

But Europe is dragging its feet on the USA’s proposal. They fear that infuriating Putin could have ramifications for the EU’s gas supplies. Simply put, Russia’s gas diplomacy has so far maintained peace as well as Kremlin’s supremacy over the region.

But now China is attempting to alter this status quo. If China provides the EU with gas supplies to alleviate its energy crisis, it could embolden Ukraine and other Russia-hawk nations in the EU. Nations like the US, the UK and Canada are supplying Ukraine with anti-tank weapons and missiles.

War on the horizon

Even a minor change in geopolitical equations could become an immediate cause for a large-scale military conflict in no time. So, maintaining its supremacy against Europe is definitely a top foreign policy agenda for Kremlin right now. And thus, selling gas to Europe at this critical juncture could be perceived as nothing less than an act of war by Russia.

And it won’t be very shrewd of Xi Jinping to pick a fight with Putin at a time when China’s energy supply chains have literally been hijacked by Russia. China is desperately seeking to reduce its gas dependence on Australia, and it needs Russia’s auspices to realize that goal.

Make no mistake, China imports 40% of its total gas imports from Australia. Only Russia has the capability to replace Australia as the biggest gas exporter to China. In fact, Russia also controls gas and oil supplies coming in from Central Asia to China. Being on bad terms with Russia can make Xi Jinping’s life very miserable and frustrating. It could deprive China of oil, gas, coal, minerals and pretty much everything.

So, forget the simmering tensions between the US and Russia; a bigger tussle between China and Russia is already on the horizon.