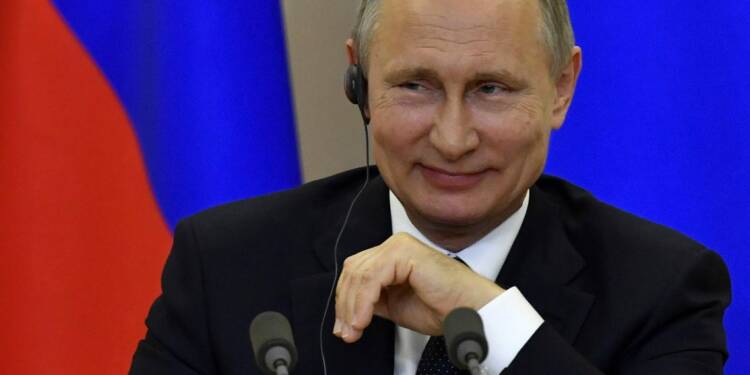 Tensions are heating up in Ukraine. Russia has already amassed over 100,000 troops at its Ukrainian border. Now, reports are emerging that Canada, the UK and the US have also begun supplying Ukraine with anti-tank missiles and a small contingent of Special Forces. Russia denies that it is preparing for a full-scale invasion of Ukraine; however, it has warned it may take actions if Ukraine is admitted into NATO.

Non-EU NATO countries gear up for the uphill task

Although, both the UK and the US have refrained from landing their boots on the ground, they are actively engaged in fueling the tensions by arming Ukraine with weapons and missiles. The UK, which is fast slipping down the road to nullity, appears to have suddenly found a string of hope in Ukraine. Speaking in the British parliament on Monday, Defence Secretary Ben Wallace said the UK had “taken the decision to supply Ukraine with light anti-armour defensive weapon systems”.

Similarly, Canadian Prime Minister Justin Trudeau also looks keen on punching above his weight by poking Vladimir Putin in the eye. Global News reported that Ottawa had dispatched Special Forces operators to Ukraine. The report came as Canadian Foreign Minister Melanie Joly met Ukrainian Prime Minister Denys Shmygal in Kyiv on Monday. Meanwhile, the US is also incessantly shoving the Russian invasion theory down the throats of unwilling Ukrainians, who have already borne the brunt of the Russian invasion in 2014 by losing Crimea to the Russian federation.

Europe gives a thumb-down to the US over Ukraine

These all developments give us the impression that NATO is already on its toes as far as Russian aggression against Ukraine is concerned. However, the reality is the exact opposite. Apart from Canada, the UK and the US, no other NATO country seems willing to brave Russia. European nations appear to have taken the pragmatic way of dealing with the issue. Apparently, all nations having skin in the game, are refraining from overstepping Vladimir Putin’s red line over Ukraine.

Germany’s NO to Ukraine, YES to gas supplies

You see, Europe is vehemently dependent on the gas supplies from Moscow to keep itself alive and kicking. In its bid to remind Europe of Russia having a switch to its energy supplies, Russia has already throttled gas supplies to a level that has caused massive inflation in various markets, including in Germany and France. Securing energy supplies from Moscow is the top foreign priority in Berlin, and that’s why it is impeding NATO’s efforts to shore up defences in Ukraine.

For instance, Ukraine last month had accused Berlin of blocking NATO defence supplies to Kyiv. German foreign minister Annalena Baerbock recently said that “tensions with Russia over Ukraine could be solved by diplomacy.” Baerbock cited Germany’s new policy to maintain peace at the border with Russia for her administration’s refusal to send weaponry to Kyiv. She said that the government’s new restrictive arms export policy is “rooted in our history” and that “diplomacy is the only way forward.”

This would naturally sound like music to Putin’s ears, whose gas war against Europe has already drawn battle lines among the NATO members. The current energy crisis in Europe has redefined Moscow’s strategic role in Europe’s vast gas market. Russia has cunningly demonstrated its ability to bring the entire continent on its knees as it pleases. Europe gets a third of its gas from Russia and runs the risk of power outages due to low supplies by Moscow.

Today, the EU is staring at Russia with eyes filled with hope that it would supply it with enough gas to keep its wheel moving. Russia also looks well prepared to use this opportunity to fulfil its own geopolitical ambitions. For instance, Russia is now pressuring Germany to approve Nord 2 stream pipeline project that would help the EU stave off its energy crisis.

As the Nord Stream 2 gas pipeline project still awaits approval from Germany, Russian gas exports to Europe solely rely on the gas infrastructure developed by Ukraine. Not just that, Ukraine also gets to earn around 1 billion Euros per year in transit costs for logistic support. But as soon as the Nord Stream 2 gas project gets online, Ukraine will lose this tremendous leverage over Moscow.

All in all, Europe’s current energy crisis has effectively neutered NATO’s defense capabilities. Europe’s over-reliance on Russia has severely hampered its ability to defend Ukraine in any event of war. Simply put, Russia now controls the EU. And through the EU, Russia is firmly controlling NATO and its operations. Russia has hijacked NATO to prevent it from fueling tensions over the Ukraine issue. The former KGB spy has thus won the first battle against NATO quite spectacularly; and that too without firing a single bullet and with absolute dominance.