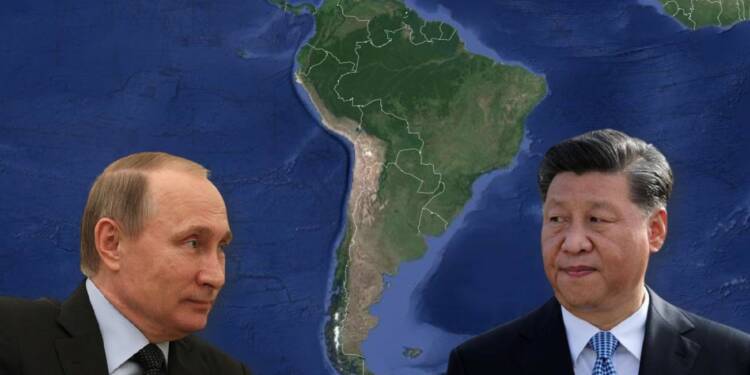 Amidst the soaring geopolitical tension over a statement from US State Secretary Antony Blinken warning the Ukrainian officials about a possible attack from Russia within short notice, Kremlin in response has pushed back the west dictum by indulging in talks for possible military deployment in the Latin American strongholds such as Venezuela and Cuba.

With the sabre-rattling tactics of Russia mounting up daily in the contested border regions of Crimea and Donbas in Ukraine, the claim of soliciting military cooperation in Latin American turfs remains far from dubious. As noted by US national security advisor Jake Sullivan, Kremlin’s slated foreign policy of integration with a meaningful military presence in the Latin footholds of power won’t fructify and will likely be counterproductive owing to the large-scale troop mobilization in the Ukrainian borders as Russia’s immediate concerns are strongly confined to its neighbourhood.

Albeit considering all the notions and rationales meddling Russia’s cavalier tactics to project its influence on the global stage, it doesn’t take off the fact that Russia being a nuclear powerhouse could advance its objectives in the west if it finds a strong footing in the western hemisphere much to the dismay of united states. This would further dement the hostile relationship and the impact could be wide, knowing how destructive Russia could be with information warfare and selective military threats.

What is it for China to lose?

When the pandemic gifted socioeconomic implication at large to an economically battered left ruling Latin regions, keeping a shrewd eye open, China chanced upon to exert its presence by being the biggest supplier of vaccines to this region.  The vaccine diplomacy further paved the way for Xi Jinping’s tour de force potential belt and road initiative. China has been asking for more funds from Latin countries and has been setting goals as big as $250 billion for infrastructure projects in this region.

With the recent inclusion of Russia into the Latin pastures of trade, China Finds in Russia a geopolitical rival who could dampen the CCP’s steadily deepened clout in Latin America.

Also Read: China presses the panic button as Russia prepares to deploy its military in Cuba and Venezuela

Even though being only a tenth of the size of the Chinese economy, the Russian economy stands less diverse and more lenient on the ratcheting oil business across the globe. Also, the resources and competitiveness of Russia diminish over its CCP counterparts, but kremlins’ coin of vantage over a select few areas remains unrivalled.

While germane to space collaboration, China has made recent developments with ongoing research into the southern part of Chile, where the proximity to space communication facility clearly serves as a reminder about the burgeoning Chinese influence across the corners of the globe. Meanwhile, GLONASS, a Russian satellite architecture firm has upped the ante in space cooperation in Latin base by starting ground stations in both Brazil and Nicaragua.

Russia’s approach to Latin America stems from belligerence and opens up new opportunities to project soviet power into the western hemisphere. Through the quest for dominance, Kremlin may capitalize on allies and may keep China as both an ally and as a competitor as things take shape. Alas, China won’t be able to leverage unanimously as the Soviets hold sway over countries with socialist leanings and it won’t take long enough for Russia to prop up economically if it hits the right chords.

At present, the only thing that stands in common with a belligerent Russia and a premier China is their outright animosity towards the US dominance of power. It’s up to the United States to draw the line, let us see where.