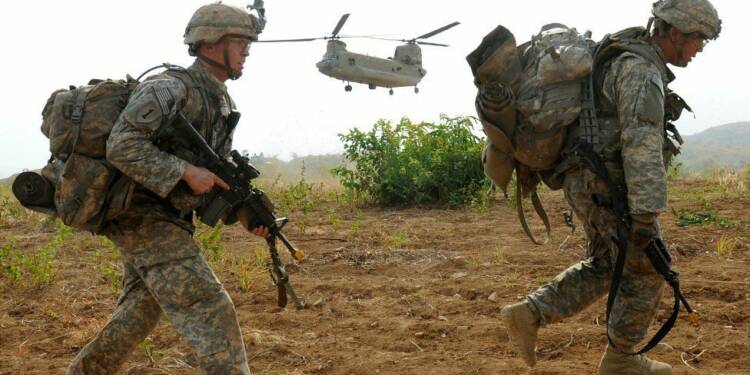 The Biden administration came to power by stating they wanted to heal, but his policies and demonisation of the other side of the political spectrum have widened the division within the country. While the intended policy was to heal, the actual implementation has resulted in the Biden administration forcing the citizen to head to his dictums. And now as the social division has reached the US military, one cannot deny that the US stands at the cusp of a civil war.

Three retired generals warned last month that the US military should begin preparing for a possible internal breakdown during the 2024 election. The generals are probably aware of the Political Instability Task Force (P.I.T.F), a group of experts who have been crunching massive quantities of data to anticipate where violence would erupt. The US generals are obviously pointing towards a divide among the forces, one side has turned entirely woke and the other side is finding itself being ostracised for their beliefs in the long-cherished military practices and norms.

The research behind the possible civil war in the US

Barbara F. Walter, a task force member, has spent 30 years researching civil wars all over the world. “How Civil Wars Start,” her latest book, reveals that studies have revealed three criteria that predict which countries are most likely to enter a civil war.

The first of these three considerations is whether a country is moving toward or away from democracy. The second aspect is what the P.I.T.F. refers to as “factionalism,” which, according to Walter, occurs when a political party is based on ethnicity, religion, or race rather than ideology. “Politics changes from a system in which citizens care about the good of the country as a whole to one in which citizens care exclusively about ingroup members,” Walter argues.

Finally, she discusses the third factor: the loss of status of a dominant group. This is known as “downgrading,” and it forecasts which groups are most likely to start a conflict: those who are facing “status reversal,” not just political defeat. To put these observations into perspective, the Red and Blue divide is today becoming scaringly similar sentiments as the civil war era North and South.

Read more: America has many patriots but very few want to be a part of a Woke Military

The obsession of the democrats with making the entire US armed forces woke has made sure that patriots are no longer interested in joining the forces. In addition to failing to effectively combat the pandemic, the Department of Defense’s vaccine regulations, which entail early discharge for all personnel who do not comply, are making matters worse for the US military. It is ensuring that the US Army struggles to reach its enlistment goals, particularly for occupations designated “critical” and high-skilled, for which the military generally invests a significant amount of money – often millions – in training.

The present developments in the US military, as well as the military leadership’s utter capitulation to the Biden administration, has marked the end of the status quo in the political system. Now going by the suggestions of the generals and the extensive research in the matter, if the Democrats and Joe Biden continue to sabotage the one government entity that is expected to be non-partisan, the US can get into a full-blown civil war.