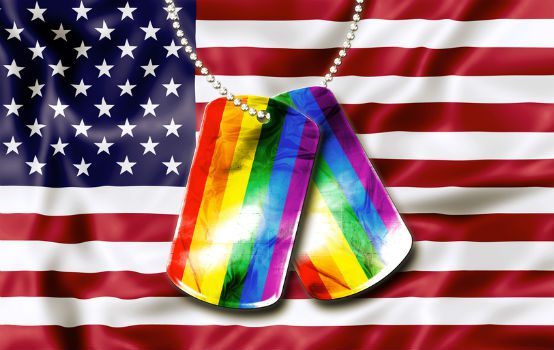 There is no dearth of young folks who are patriotic and would want to be available for their country’s beck and call. However, when the very army that should safeguard the entire nation, starts to segregate and vilify a section of the population, turn woke in the entirety of its definition, no sane minded and patriotic American would join it.

In addition to failing to effectively combat the pandemic, the Department of Defense’s vaccine regulations, which entail early discharge for all personnel who do not comply, are making matters worse for the US military. It is ensuring that the US Army struggles to reach its enlistment goals, particularly for occupations designated “critical” and high-skilled, for which the military generally invests a significant amount of money – often millions – in training.

According to the Associated Press, the Army is expanding its maximum enlistment bonus of $50,000 to be paid on a broader scale to all “highly competent” recruits who agree to sign a six-year contract.

Meanwhile, Secretary Austin has been purging the unvaccinated from the U.S. military.

The Army to discharge nearly 3,000 soldiers… More than 200 Marines separated for refusing the vaccine — many over religious objections. https://t.co/iZRIFhweVx

Aside from the fact that many young people are likely to be turned off by the prospect of enduring an already rigorous boot camp, training in a mask and other social distancing practices. Military recruiters say they have had a difficult couple of years due to rolling school closures and restricted campuses caused by pandemic shutdowns and distance learning.

US Military turning too woke?

While the USA is undergoing such transformation, the world is laughing at them. With the release of a new “woke” animated, fairytale-style recruitment ad earlier this month, the US Army gave the CIA a run for its money. The ad tells the story of a current Army corporal with two moms who married after one of them survived a serious car accident. The Russian social media contrasted the military advertisement with their own and made a laughingstock out of the US advertisement.

US Military personnel are angry at Joe Biden

Joe Biden could not manage the media, in the face of such a catastrophic and disastrous US retreat from Afghanistan. The sorry scenes of the city of Kabul are making Americans angry and sad at the same time.

Last year, a Lieutenant Colonel was sacked after he took to social media to launch a scathing attack on President Joe Biden and military commanders, accusing them of being responsible for the deadly withdrawal from Afghanistan.

This is just one addition to the increasing rhetoric among the people that the Biden administration is squarely responsible and the fact that Biden is not at all willing to recognise the blunder that was committed. Active-duty Marine Lt. Col. Stuart Scheller fired attack after attack on US military and Joe Biden’s administration leaders for their deadly handling of the pullout from Afghanistan in an extraordinary five-minute video broadcast to social media.

At a time when the anger had not even subsided, couple it with the increasing wokeness as well as the witch-hunt of a group of Americans; no patriotic person is willing to enlist for the US military.

Army professionalism has long been seen as one of the most significant aspects of modern militaries, and it has aided democracies in maintaining large-scale, technologically advanced, and organised forces around the world without jeopardising the country’s democratic institutions.

The present developments in the US military, as well as the military leadership’s utter capitulation to the Biden administration, may mark the end of the status quo in the political system in the long run. While it will hit politically one person, it jeopardises the military supremacy that the US enjoys.