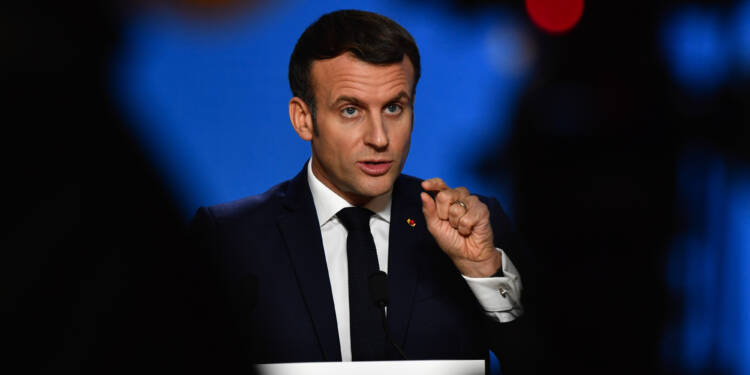 As China locks its horns with Lithuania over the issue of Taiwan, another East European country Slovenia has now “shocked” China by announcing plans to upgrade its relations with the China-claimed island nation.

Central and Eastern European nations on an anti-China spree

During an interview with the Indian public broadcaster Doordarshan on Monday, the Slovenian Prime Minister Janez Jansa said, “Taiwan is a ‘democratic country’ that respects international democratic standards and laws”.

He added, “Slovenia and Taiwan are working on exchanging representatives. This will not be on the level of embassies. It will be on the same level as many of the EU member countries already have them.”

This comes after the Czech Republic earlier this month announced its intentions to exceed Beijing’s ‘One-China policy’ and intensify cooperation with Taiwan over Indo-Pacific affairs.

Last November, a delegation of parliamentarians from Lithuania, Latvia, and Estonia touched down in Taipei to protect “free and democratic way of life.” Then, in December, a Slovakian delegation arrived in Taiwan, where the two nations signed nine MOUs covering areas ranging from education, research and development, trade to tourism.

These countries, including Poland, have also donated vaccines to Taiwan, in a subtle retaliation to Beijing’s intimidation of Taiwan in the World Health Organization.

These are all Central and Eastern European countries. They are tiny in size, but indeed possess immense courage to stand up to the communist giant. Their bold stance of supporting Taiwan has already set the cat among the pigeons as China threatens to punish these countries with economic sanctions.

China is already harassing Lithuania by reining in the bilateral trade ties; and has now threatened similar actions against Slovenia. Chinese bellicose foreign ministry spokesperson Zhao Lijian on Wednesday yapped over Slovenia’s decision and said, “It is a dangerous statement made by the Slovenian leader that overtly challenges the one-China principle and supports Taiwan independence.”

How France is emboldening these tiny nations

So, these small countries now stand ample chances of facing China’s wrath for supporting Taiwan over China. And here’s where France comes into the picture. If France’s actions over the last few months are of any indication, Paris is to be seen as the factor for these nations’ emboldened stance over Taiwan.

Strengthening bilateral relations with the Central and Eastern European nations has now been made a top foreign policy agenda in Paris. On December 13 last year, French President Emmanuel Macron made an important visit to the summit of the Visegrad Group (V4) in Budapest. The Visegrád Group, Visegrád Four, V4, or European Quartet, is a cultural and political alliance of four countries of Central Europe, namely Hungary, Poland, the Czech Republic and Slovakia.

The Visegrad Group is at odds with the EU over various political disagreements and concerns. The French president, however, vowed to address those concerns and pitched his idea of a “strong and united Europe.”

France using EU presidency to steer the EU against China

This happened last month, right before France assumed the EU presidency this year. And now when France is leading the EU, its strong backing to these tiny nations is becoming even more visible. Macron realizes that his idea of helping the EU attain complete strategic autonomy can’t be championed without the support of Central and Eastern European countries.

So, when the news of China brazenly harassing Lithuania over political ties with Taiwan emerged last year, France was quick to rush to Vilnius’ help. Politico in early January reported that France was devising a way for the EU to punch back quickly to stop China from holding the bloc hostage.

Although the EU already has plans of rolling out an “anti-coercive instrument” to target China’s economic bullying in coming years, France is eying some “very quick” actions to punish the communist nation. “The anti-coercion instrument is still under negotiation, but maybe something can be done in advance in support of Lithuania,” a senior French official was quoted as saying by Politico.

France is already making a strong case of imposing sanctions on China citing the country’s poor human rights records. The French parliament on Thursday also denounced a “genocide” by China against its Uyghur Muslim population, in a resolution that risks straining ties between Paris and Beijing two weeks before the Winter Olympics.

Paris is miffed at China for its misadventures in New Caledonia and its human rights violations. So, France is now steering the EU’s foreign policy in a direction that is sure to harm Beijing’s interests in the EU and Indo-Pacific. So, the Macron administration is countering China, not only on the bilateral front but also by pitting Brussels against Beijing.