Radiofreetom and Tom Nichols: all you need to know 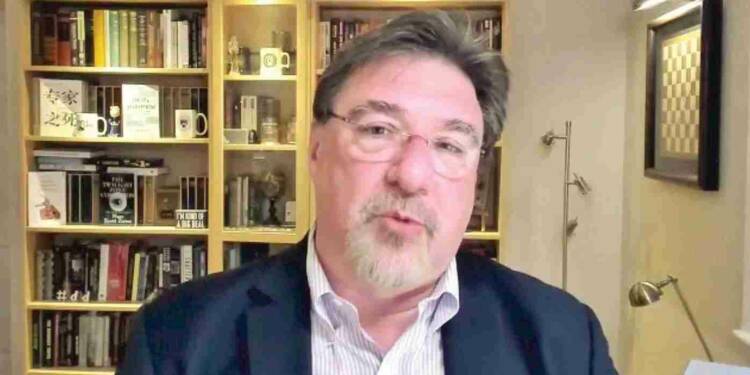 Radiofreetom is the twitter id of Tom Nichols. Thomas M. Nichols (born December 7, 1960) is an American author and international affairs expert who is currently a professor at the United States Naval War College and the Harvard Extension School.

His research focuses on Russia, nuclear weapons, and national security concerns. He was previously a fellow at Harvard University’s John F. Kennedy School of Government, the Center for Strategic and International Studies, and the Carnegie Council for Ethics in International Affairs.

Tom Nicolas (Radiofreetom) is a very popular social media figure and his twitter account has been followed by more than 500k people. Tom is very active on the platform and he tweets and gives replies frequently.

He joined twitter in 2012 and introduces himself as “Contributing Writer and proprietor of Peacefield newsletter at @TheAtlantic. Author. Curmudgeon. Cat guy. Democracy enthusiast, defender of experts.” He can be reached at @RadioFreeTom on twitter.

Thomas M. Nichols (Radiofreetom) grew up in the Massachusetts town of Chicopee. In a speech to The Heritage Foundation, he noted that he did not come from an educated household, and that his parents were “both Depression era kids who dropped out of high school.” Nichols is a five-time Jeopardy! champion with an unbeaten record and was once one of the game’s best players.

Nichols was the Chairman of National Security Affairs and the Forrest Sherman Chair of Public Diplomacy at the United States Naval War College. Nichols is a former Secretary of the Navy Fellow, as well as a Harvard Kennedy School fellow in the International Security Program and the Project on Managing the Atom.

In 1996, he became an associate professor in the Department of Government at Dartmouth College, where he taught comparative politics and Russian affairs. In 2005, he began teaching at Harvard Extension School, where he has lectured on nuclear weapons, the Cold War, and national security challenges.

Nichols was named a Fellow at Harvard University’s John F. Kennedy School of Government in 2011. During this time, he began writing a book about nuclear strategy, No Use: Nuclear Weapons and US National Security, which was released in 2014. The book is an examination of American nuclear weapons policies and prospective nuclear strategy improvements.

In 2012, Nichols received the Harvard Extension School’s Petra T. Shattuck Excellence in Teaching Award. Nichols was one of nine instructors selected to the USAF School of Strategic Force Studies in 2016, alongside former US Secretary of Defense William Perry. He was an expert in nuclear deterrence. Nichols worked as Senator John Heinz’s Personal Staff for Defense and Security Affairs in the United States Senate in 1988.

Nichols sees himself as a Republican who opposes Trump. During the 2016 presidential election, Radiofreetom claimed that conservatives should vote for Clinton, whom he despised, because Trump was “too psychologically unstable” to be commander-in-chief. For the 2018 midterm elections, Nichols reiterated his argument.

Nichols used the Mueller Report in an opinion piece to argue that Trump failed as a citizen and then as commander-in-chief by failing to do more to prevent and punish Russian meddling in the 2016 presidential election.

I stopped explaining myself quotes: you will find them only here