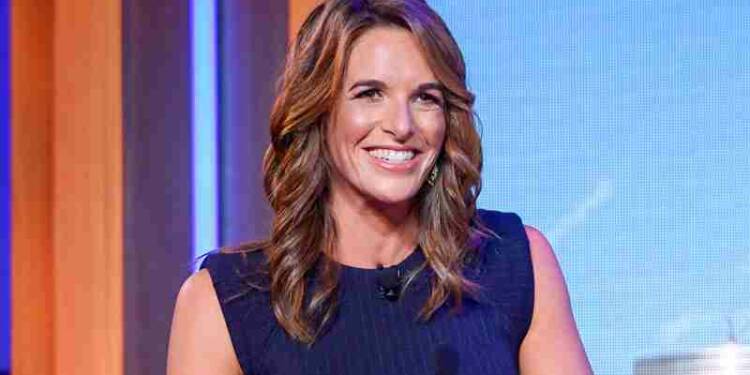 Cara Banks is a British-American Sports journalist and presenter. She was born in England and now lives in Florida with her husband. She is currently the co-host of GOLF Channel. The Golf Channel (commonly known as just Golf) is an American sports television network operated by the NBC Sports Group division of Comcast’s NBCUniversal. It was founded in Birmingham, Alabama, and is now based in Stamford, Connecticut, at NBC Sports’ headquarters.

Cara Banks joined twitter in 2011 and has been active on the platform since then. She has over 32k followers on twitter and follows only 1800 people. She introduces herself as “ TV host on @GolfChannel & reporter on @NBCSports . Wife & Mama Lover of sport, fitness, travel, food & wine!” on twitter.

Cara Shares her personal life as well as her professional life on twitter. She recently shared some pictures of her one week old baby on twitter. Her husband is also active on twitter. Cara can be reached at @CaraBanksGC on twitter.

In 2015, Cara Banks joined the GOLF Channel as a co-host for Morning Drive, the network’s daily news and lifestyle show. She currently works for Golf Central as a studio host and hosts the network’s Golf Central Live From news coverage, which takes place on-site at golf’s major championships and events.

Banks previously presented Golfing World on Sky Sports in the United Kingdom and conducted player interviews and features for the network before joining GOLF Channel. She previously worked on @TheOpenLIVE, The Open’s live digital webcast. Cara Banks has also worked on shows for Wimbledon, the London 2012 Olympics, World’s Strongest Man, and the Taste Festivals.

She married her now-husband Oliver Banks in October 2017, after formerly being known as Cara Robinson. On June 1st, 2019, she gave birth to her son Jesse Jagger Myles Banks. On 30th November 2021, she gave birth to another child and her name is Antigone Jocelyn Millie Banks.

Sport, fitness, travel, food, and wine are among her interests. When she returns home, she enjoys playing golf at Royal Cinque Ports Golf Club in Kent. She also enjoys skiing.

She was the host of both the 2017 World Golf Hall of Fame and the 2017 Solheim Cup Opening Ceremonies. Cara Banks frequently commentates for BBC 5 Live at The Open and also appears on Sky Sports, in addition to her job for the Golf Channel. She has also covered the tennis grand slam from the All England Lawn Tennis Club for Live At Wimbledon.