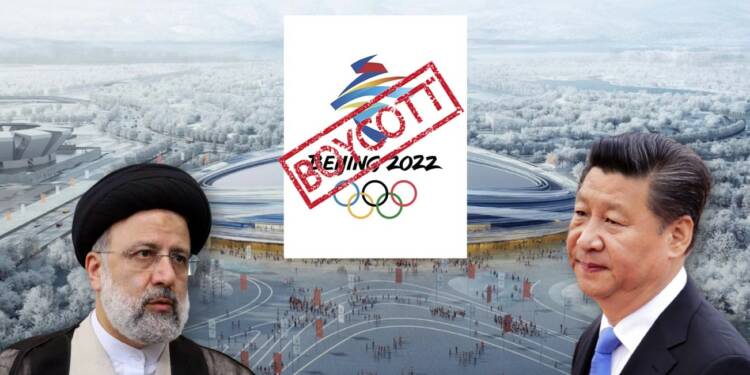 Chinese Communist Party and Xi Jinping for a long time have thought that given their supposedly original approach towards a foreign policy that is different from the western diplomatic practices, will help it achieve the unachievable in the Middle East – that is, close cooperation with both Iran and Saudi Arabia. However, the latest developments signal an utter failure on part of Beijing to succeed in the endeavour.

As per the list released by China about the high-profile visitors who have agreed to visit Beijing for the Winter Olympics, there was no mention of any Iranian leader. The list included Crown Prince of Saudi Arabia Mohammed bin Salman Al Saud, the Crown Prince of the Emirate of Abu Dhabi Sheikh Mohamed bin Zayed bin Sultan Al Nahyan, as well as Emir of Qatar Tamim bin Hamad Al Thani. However, interestingly it did not include any leader from Iran.

As reported earlier, no high level political representation from India at China's winter Olympics. China has released the list of leaders who will be coming for the controversial sports event, diplomatically boycotted by the west.List of leaders released by China short while ago: https://t.co/RIYsdOuyG1 pic.twitter.com/Ader1rZC1J

This is extremely shocking, given how Tehran was criticising the USA and other western countries for boycotting the Winter Olympics. However, we can also understand the reason why Iran can be miffed, given all the who’s-who of the Arab world is going to be present at the Olympics.

China-Iran relations were on an upward trajectory

Also read: China took a calculated risk when it decided to partner with Iran, but its calculations were way off the mark

After Biden’s election, China rushed to sign a 25-year cooperation agreement with Iran, under which, it will spend $400 billion in the Shi’ite country as a consideration for a secure supply of oil to boost China’s growing economy. With its massive investments in Iran, China wanted to dump Russia and the Arabs, and fulfil its oil supply needs wholly out of the Shi’ite nation. However, as all was going well, China became overly ambitious and tried to parallelly improve ties with the Arab world as well as provide them with advanced defence capabilities, something that Iran could never make peace with.

China was too confident that its explanation of isolated bilateral relations with Arab countries will not earn the ire of the Iranian regime. It thought that it had the diplomatic know-how to manage the two poles of the Middle Eastern power struggle bilaterally and not have any spillover effect. However, much to its disappointment, things seem to have taken a sour turn. Recently China has been pushing for closer defence cooperation with Saudi Arabia, a long-standing rival of Iran.

Saudi Arabia and China have agreed to enhance their defence cooperation and bilateral military ties, thereby bolstering bilateral ties between the two countries. During a recent virtual meeting, China’s Minister of National Defence, Wei Fenghe, and Saudi Arabia’s Deputy Defence Minister, Khalid bin Salman, agreed on increased coordination and cooperation in the face of hegemonic and bullying tactics in the region, while also advocating for the protection of developing countries’ interests.

According to Wei, the Chinese military is inclined to maintain strategic communications with the Saudi armed forces as part of a planned cooperation structure. In comparison to the ongoing Covid-19 pandemic, he also voiced the desire to build solidarity. Khalid bin Salman welcomed Riyadh and Beijing’s strategic relationship and progress in military relations, saying it has been progressively improving and reiterating the need for increased military collaboration.

All these developments come at the expense of Iran, for it cannot believe a nation that is arming its regional rival and at the same time expressing willingness to enhance ties with Tehran. The latest development is a stark reminder to CCP and Xi Jinping that maximising interests by balancing cooperation between two regional and civilisational rivals end up minimising interests in the long run.