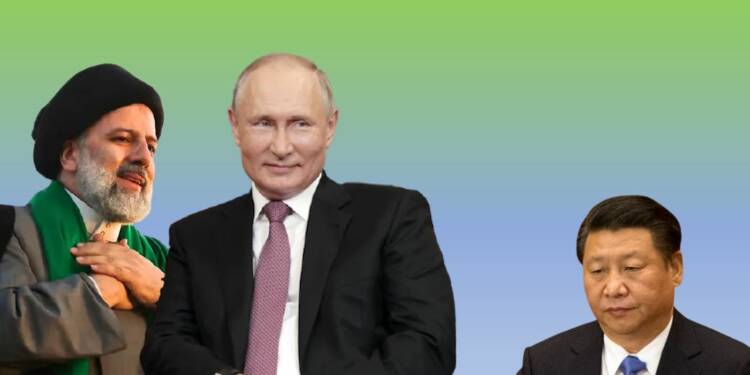 The Sino-Russian competition for influence continues to escalate, and this time around, Russia seems to have pushed China away from Iran. Russia has reportedly supplied arms to Iran, in a bid to wrest the Shi’ite nation from China‘s claws. This may as well mark the beginning of the end of Sino-Iranian bromance.

Iran, an ambitious and expansionist power, is in a desperate need to modernise its Army, Navy and Air Force. Iran needs new ships and naval assets, given the setbacks that it has been facing, including a fire incident.

The Russian News Agency (TASS) reported, “Chief of the General Staff of the Iranian Armed Forces Mohammad Hossein Bagheri said [the contracts had been concluded] at a meeting with Russian Navy Deputy Commander-in-Chief Vice Admiral Vladimir Kasatonov in St. Petersburg on Wednesday.”

The Islamic Republic of Iran Broadcasting corporation (IRIB) too quoted the Iranian military chief as saying, “The conclusion of arms agreements and their implementation in the near future will considerably deepen our relationships.” IRIB added, “The chief of the Iranian General Staff also visited the Russian Navy’s headquarters in St. Petersburg and military facilities in Kronshtadt.”

Any Russia-Iran arms deal will have to be strategic and geopolitical, instead of being commercial in nature. Tehran is a cash-strapped regime and has no money to buy expensive Russian arms. All it can give to Russia is geopolitical comfort by offering allegiance.

China and Iran were getting close:

Also read: China took a calculated risk when it decided to partner with Iran, but its calculations were way off the mark

After Biden’s election, China rushed to sign a 25-year cooperation agreement with Iran, under which, it will spend $400 billion in the Shi’ite country as a consideration for a secure supply of oil to boost China’s growing economy. With its massive investments in Iran, China wanted to dump Russia and the Arabs, and fulfil its oil supply needs wholly out of the Shi’ite nation.

Also read: After years of a very complicated relationship, China is finally breaking up with Iran

Russia’s arms deal to kick China out of Iran:

Russia is a decades-old partner of Iran. And Russian President Vladimir Putin is quite particular about not letting his rivals steal his partners. Therefore, he isn’t letting Xi Jinping steal Tehran from Russia.

Earlier this year, a photograph was posted on the Russian Embassy’s Twitter handle recalling the 1943 Tehran Conference, when Iran used to be under the occupation of the Allied powers. The picture triggered a meltdown in Iran with former Foreign Minister Mohammad Javad Zarif calling it “extremely inappropriate”. Iranians felt as if they were being reminded by Russia about the history of foreign occupation.

The photograph was however Russia’s veiled message to Tehran and the newly-elected Iranian President Ebrahim Raisi. Russia warned Iran against going into China’s arms, stressing that Iran could face serious consequences in Syria and on the Israeli issue.

The Raisi regime seems to have picked Russia’s message. This is what explains the latest reports about a Russia-Iran arms deal. Putin is following a carrot-and-stick approach in his Iran policy. Tehran is being reprimanded for getting closer to China and rewarded for warming up to Russia. This is effectively kicking China out of the Shi’ite nation.

The fascinating re-emergence of Russia as a superpower