China took a calculated risk when it decided to partner with Iran, but its calculations were way off the mark 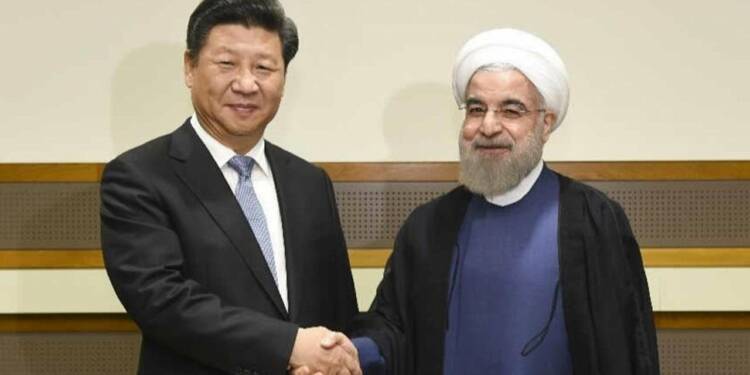 A government advisor and diplomatic analysts have cautioned that China is taking a “massive risk” by signing a 25-year cooperation agreement with Iran. With the United States pushing for the nuclear deal with Iran, China’s grand plans for the Middle East could falter massively, along with stoking tensions in relations with every other Middle East power.

The plan’s specifics have not been made public, and state media has only stated that it includes collaboration in areas such as commerce, economics, and transportation. Zhao Lijian, a spokesman for the Chinese foreign ministry, told a daily media briefing on Monday that the proposal did not include any clear contracts or targets, nor did it target any third party.

According to a report in The New York Times, China agreed to spend $400 billion in Iran over the next 25 years in return for a secure supply of oil to boost its growing economy.

Chinese diplomatic analysts, however, have cautioned, that the agreement which was signed with a US-sanctioned country with an unpredictable economic outlook, carried “massive risks” and would put China’s foreign policy under strain.

An expert from an official think tank who advises the Chinese government on Middle East policy, speaking on condition of anonymity said, “Iran hopes to tie up with China both politically and economically. This is a challenge to China’s diplomacy and will be a fundamental shake-up of China’s foreign policy. Is it worth China tying itself to a country being sanctioned and isolated?”

Another Middle East policy expert based in Shanghai, who was not authorised to talk to foreign media, said the agreement could raise fears among other Middle Eastern countries that Beijing would prioritise its relations with Tehran.

He added that Saudi Arabia, one of Iran’s key rivals, would be watching to see how much oil China bought from Iran and that Beijing would need to convince other regional players that Iran was not the only one receiving attention.

China may wish to seek similar agreements with other countries in the area, including Turkey, Arab states – many of which are hostile to Iran – or even Israel, according to Sun Degang, a Middle East expert at Fudan University.

“The comprehensive cooperation plan between China and Iran is a strategic choice made from a global perspective, particularly in light of the current situation in which the United States and the West are undermining the international order,” he told China’s state-run news portal thepaper.cn.

According to Iran’s Fars news agency, the agreement should be viewed as a long-term political, diplomatic, economic, and cultural programme that includes investment and finance clauses as well as reciprocal support in international forums.

“In the military and defence fields, issues such as training, transfer of defence technologies, counterterrorism and joint exercises have been discussed. One of the highlights is the agreement on trade in national currencies,” the report said.

The document also references China’s Belt and Road Initiative several times, claiming that Iran can benefit from active involvement in the initiative. However, an expert who advises the Chinese government on Middle East policy believes that some of the specifics, such as the reported US$400 billion oil deal, may be difficult to achieve.

Iranians are in a very sorry state. On the one hand, they are proud people representing a really old and continuing civilization state, and on the other hand, are currently represented by an incompetent regime that is misleading them towards imminent chaos. With such an uncertain future and the US trying to push the nuclear deal, which would nullify any major influence China was hoping to gain with its $400 billion deal. China’s major move in the middle east is extremely risky as it will create major tensions in regards to China’s relations with every major power in the Middle East.

‘I will not do it again,’ Hunter Biden senses the storm coming for his father over the Ukraine scandal