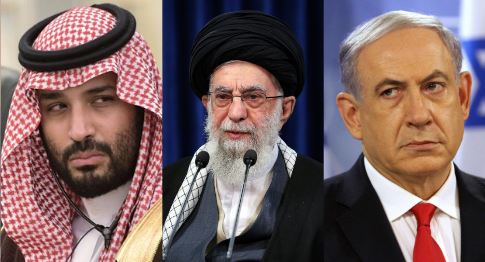 Iran has been continuously targeting Israel and Saudi Arabia either directly or indirectly through its proxies in Iraq and Yemen. The intensity of these incidents has increased since Joe Biden has taken over as the President of the United States. Iran finds itself in a geostrategic sweet spot, where it perceives that it can take actions against other sovereign nations with impunity, confident that Joe Biden will look the other way. However, these perceptions are flawed and a terrible fate awaits Iran if it does not stop such careless moves.

Iran has become too confident given the kind of importance the Biden administration is giving it. Iran’s hardliners have admitted that Tehran had attacked an Israeli ship, MV Helios Ray, off the coast of Oman last Thursday. In addition to this, multiple blasts shook Riyadh on Saturday as a missile attack launched by Iran backed Yemen’s Houthi rebels had been thwarted. And these are just a few examples of the offensive Iran’s proxies are conducting on Saudi Arabia and Israel.

The Biden administration has abandoned its allies in the Middle East thereby gifting Iran a huge diplomatic victory in a desperate bid to bring Iran back into the nuclear deal. This has made Tehran too confident in abilities and it has started punching way above its weight. Iran is poking both Saudi Arabia and Israel at the same time, as it is confident that with no US support, these countries will shy away from retaliating. Tehran is trying to show Israel and Saudi Arabia that their time is over and now it will exact revenge on them for the actions during the time Donald Trump was in office. However, it is a futile assessment as the Abraham Accord countries are in talks for a military pact among themselves.

A count of just some recent actions by Iran directly supports the above argument. An Israeli ship hit by an explosion off the coast of Oman was “a legitimate target” attacked by Iran and its allies, a hard-line Iranian media outlet claimed on Sunday, accepting Iran’s hand. On the other hand, multiple blasts shook Riyadh on Saturday as Saudi state television reported that a missile attack launched by Yemen’s Houthi rebels had been thwarted. These Houthis are directly supported and supplied by the Iranian regime and the USA has just recently removed the terrorist tag from them.

In addition to this, with the nuclear stockpile of Iran growing, it has decided to stop the sharing of its nuclear site’s footages. Iranian Foreign Minister Mohammad Javad Zarif said that Tehran would stop the daily and weekly handover of recordings.

Read more: Iran has now openly started threatening the free world as the Biden administration looks the other way.

In a way, Iran has become so confident that it is contemplating continued harassment and offensive on Israel and Saudi Arabia and at the same time, it has increased efforts towards becoming a Nuclear power at the same time. However, this confidence is based on a false hypothesis that the Middle Eastern countries will not retaliate without the US go-ahead. If anything, the farsightedness of previous US President Donald Trump had created a close-knit alliance of the Middle East & North Africa (MENA) countries with Israel with the signing of Abraham Accords. And as all the member countries have realized that the US under the weak leadership of Joe Biden will plunge the whole region back into the depts of chaos and bloodshed, they might just form a military alliance that can deal with the over the top belligerence of Iran.

Tel Aviv is currently negotiating the formation of a four-nation defence alliance with the kingdoms of Saudi Arabia, Bahrain, and the United Arab Emirates. As these relations and alliance solidify, the US hand will become weaker in the Middle East. The fact that Iran is unrelenting in its careless offensives against Israel and Saudi Arabia, will all be counterproductive. These actions will only catalyse the formation of a defence alliance. And as soon as that happens, or even the Israelis and Saudis come together to deal with Iran, it will be really bad for Tehran.