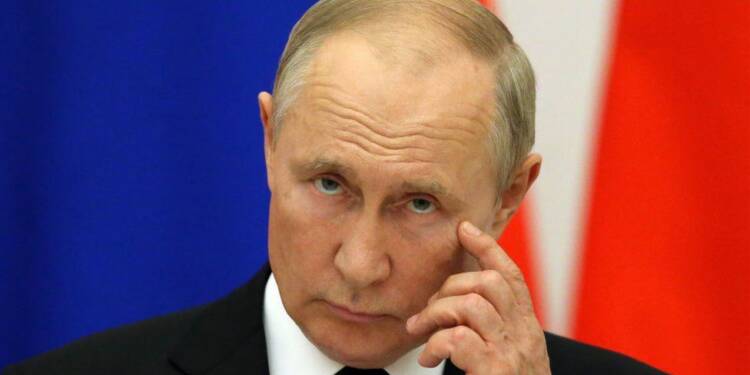 Russia stunned the world early this month by landing its troops in Kazakhstan even when the tensions on the Ukraine-Russia border were heating up. The troops left the country hardly after a week, but only after accomplishing two main objectives.

Firstly, the Kremlin reminded the world about Moscow’s impressive firepower; and secondly, Russia strengthened its control over oil and gas trade between China and Central Asia. But the story doesn’t end here.

The plot was a prelude to a bigger tussle that would soon unfold on the eastern flank of the European Union. Russia’s moves in Kazakhstan were designed to insulate Russia from possible EU or US sanctions if an all-out war breaks out in Ukraine.

We need to understand that China is vehemently dependent on Kremlin to meet its energy demands. China tried hard to shift its energy supply chains to Australia and Central Asia to not give the Kremlin any leverage over the second-largest economy of the world. But it failed miserably.

China’s trade war with Australia made Canberra an unreliable partner. On the other hand, Moscow’s moves in Central Asia paralysed its incoming supplies from Central Asia too. Russia is pushing Kazakhstan to agree on a regional Eurasian Economic Union (EAEU) standard tariff for oil and gas prices, which will eventually put Russia in a commanding position in the region.

So, China is not left with many options as far as its energy supplies are concerned. China is meanwhile fast-tracking its 25-year $400 billion deal with Iran and is eying Iranian oil and gas supplies to alleviate its energy crisis, but even Tehran cannot replace Moscow given poor infrastructure and political obstacles.

And even Beijing admits that only Moscow holds the key to solving its gas dilemma. China is urgently seeking to double imports of Russian natural gas to keep itself a little warm on freezing cold nights and generate electricity to power its houses and industries.

The power of Siberia-2 gas pipeline

The paper dragon is now pleading with Russia to fast track the building of “The power of Siberia 2 gas pipeline”, which will be built by Russian company Gazprom.  Once completed, the pipeline will pump 50 billion cubic meters of gas annually to northern China. Russian President Vladimir Putin said last month that a feasibility study on the pipeline would be finished very soon. Well, Russia is anyway more than willing to make the best out of China’s energy miseries.

Following the launch of the second pipeline, the Kremlin would be able to dominate China’s gas supply chains by controlling the flow of nearly 60 billion cubic meters of gas every year.

China- an escape hatch for Russia

Now let’s bring the Ukraine crisis into the picture. The US President Joe Biden is hell-bent on fueling the crisis on Russia’s doorstep and is also threatening sanctions on Russia if the Kremlin takes any step to safeguard its borders. The notion in Washington is that Russia’s dependence on European gas markets is as important as the EU’s dependence on Russia’s gas suppliers. So, if gas supplies are cut off, it would equally harm Russia and the EU.

Well, this is not true in the long run. Kremlin’s moves in Kazakhstan made China extremely dependent on the Kremlin. And as soon as the power of Siberia 2 gas pipeline becomes functional, Russia won’t even blink its eye before shutting gas supplies to Europe. So, even after cutting off gas supplies to Europe, Russia would still be earning enough to keep its economy alive and kicking using its China card.

And make no mistake, this is not something like “co-operation” between China and Russia. Putin cunningly reduced China to a mere pawn in his geopolitical game against Europe and the US. So, thanks to its China card, Russia is now simply unstoppable; no matter how many sanctions are imposed on Russia in aftermath of the imminent war over Ukraine.