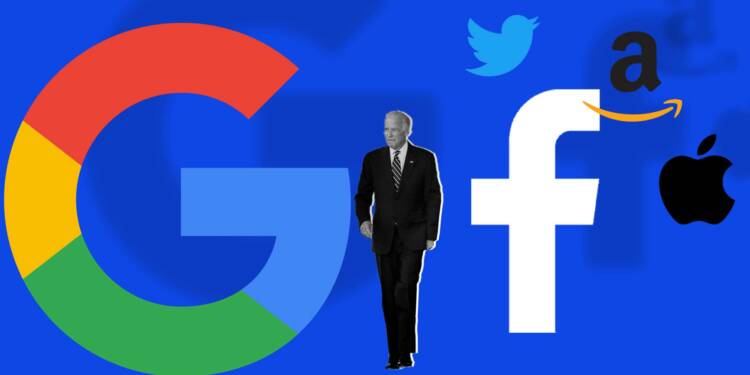 Since the election of Joe Biden as the US president, he and his administration have always pushed for far-left socialist policies. His policies reflect more of communism rather than capitalism. Instead of working for the betterment of American businesses, the Biden administration has been pandering to the agenda of far-left Democrats. The monetary stimulus packages and $300-per-week federal jobless benefit are some of the examples of Biden’s socialist and far-left policies and decisions.

It is clear that the democrats want to be known as socialist politicians who are dedicated to the ‘welfare’ of the citizens of the country and not as some capitalists.

Also Read: Biden’s stimulus package is enticing Americans to not show up for work and it is huge dent for American economy

Recently, at least five bills were presented in the US congress which would forbid lawmakers from owning individual stocks or force them to move their assets into a blind trust. One of the bills would make violators turn over any profits they earn to the U.S. Treasury Department. Another bill would extend the ban to family members. A third bill would also encompass top staffers.

The American Innovation and Choice Online Act, introduced by Senators Amy Klobuchar and Chuck Grassley, is aimed at curbing the power of four tech giants: Amazon, Apple, Google’s parent company Alphabet, and Meta (previously Facebook). This bill would prohibit these companies from favouring their own products or services, disadvantaging rivals, or discriminating among businesses that use their platforms in a manner that would materially harm competition. In other words, the measure seeks to end the gatekeeping practices that smaller companies and anti-monopoly activists say the tech giants use to keep rivals off their turf.

Last summer the House passed a version of the bill with lawmakers across the political spectrum in favour of reining in the Big Tech. Albeit for different reasons, the measure has a strong enough chance of passage that Apple Inc Chief Executive Officer Tim Cook and Alphabet Inc CEO Sundar Pichai, both felt compelled to spend the past few weeks lobbying senators to vote against it.

According to a Bloomberg Business week examination of financial filings report, at least 18 senators and 77 House members own shares of one or more of these companies, and the new laws could have a significant effect on the value of their portfolios. According to Tim Carambat, a researcher who maintains databases of lawmakers’ financial trades, last year members of Congress filed more than 4,000 trading disclosures involving more than $315 million of stock and bond transactions.

Read More: What if Democrats steal another election

The argument against the bills:

On one hand, the big tech giants claim that the bill would cripple U.S. innovation and lead to all sorts of consumer frustrations, while on the other hand, many smaller tech outfits have argued aggressively on behalf of the proposed limitations, and on 19th January 2022, several of them briefed White House officials in support of the bill. In the argument against the bill, Apple said that the iPhone owners could be put at risk by unvetted apps downloaded outside its App Store, while Google warned that it may no longer be able to give accurate directions on Google Maps and might have to furnish low-quality search results.

On January 20, the Senate Judiciary Committee approved the anti-trust legislation on a bipartisan 16-6 vote. Amazon Inc slammed it by calling it an ambiguously worded bill with significant unintended consequences. Despite the new momentum, its fate remains up in the air. There’s no guarantee that the majority leader Chuck Schumer will bring the bill to the floor as many lawmakers in both parties remain adamantly opposed and the four companies are aggressively lobbying against it.

The house speaker Nancy Pelosi and her family’s shareholdings in these companies exceed $100 million. Pelosi also disclosed that her husband has as much as $25.5 million in Apple stock alone. At a December press conference, when she was asked about her opinion on the proposed bill for restrictions on stock trading by members of congress, her response was clear and quick, she hated the idea. She said, “we are a free-market economy and we should be able to participate in that”.

It is quite evident that the democrats themself (including the house speaker) have huge amounts of shareholdings in the big tech companies, which is in contradiction to their socialist and welfare policy claims. It shows the hypocrisy of the democrats, who on one hand claim to be working for the welfare of the American people and on the other hand are living the capitalist life by owning the shares of the big tech. That’s where conflict of interest arises. For senators who own stock in the companies that are the targets of this bill, voting against it will absolutely put their motivations into question, as it should. That truly makes Congress the most incompetent body to regulate Big Tech.

Best Machine Quotes that you can relate