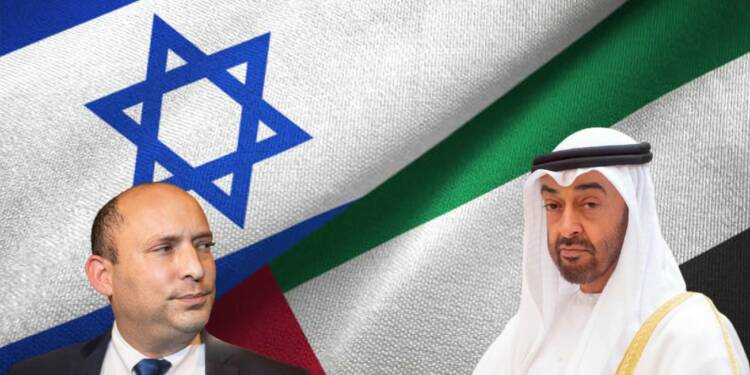 The UAE – Israel ties began to rapidly flourish as soon as the Abraham Accord was signed. The two countries started to build their relation through cooperation in multiple fields like defence, infra and trade. Everything between the two countries was going well until a speed breaker called Iran came in between. The recent friendship between Iran and UAE has been growing slowly but steadily. Both the countries have started discussing and sharing dialogues to solve their disputes and issues. They have also started pushing for cooperation in trade and commerce.

Also Read: Saudi Arabia feels left out as UAE races ahead with Israel

The statement was directly referring to the Arab country of UAE that has signed the Abraham Accord with Israel.

Meanwhile, Yoav Limor told Israel Hayom that the Jewish nation and its security establishment is afraid that selling advanced technology to the Emiratis involves the risk of technology thefts and data leaks. It may even lead to secret and sensitive tech being passed on or transferred to a third party or country.

The statement clearly signals that in this case, the third country could be Iran. The Jewish nation knows that if any advanced Israeli technology like the Iron Dome gets in the hands of Iran, it most probably will reach into the hands of terrorist organizations like Hamas, and that would be extremely dangerous for Israel’s national security and defence.

Read More: Israel Defence Minister informs the US that it is going to attack Iran

Ben David, the Israeli Defence Ministry said, “Mossad, which paved the way for the normalisation of UAE – Israel relations, has begged the security agencies to stop looking at these countries as Arabs”. According to him, the Israeli Defence Ministry has retracted its decision not to sell defence systems to the UAE. He also estimated that Israel lost $4.5 billion after rejecting military deals with the Emirates.

It seems that developing relations between UAE – Iran is acting as a barrier in the fast-growing ties between UAE and Israel. It would be interesting to see how does UAE balances both the relations with Israel and Iran at the same time. Also, the future of Israel – UAE relations seem to be in question, as the cancelling of this deal reflects the presence of some misunderstandings and lack of faith between the two countries. It’s also quite surprising that Israel, which has sold cyber technology to UAE is refraining from selling air defence systems to its new partner.