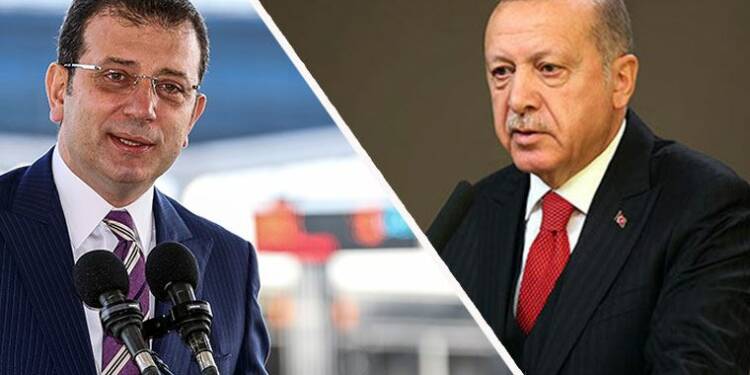 It was during late 1994 that Turkey witnessed a transition in its politics with the ascension of Recep Tayyip Erdogan as the new mayor of Turkey’s biggest city, Istanbul. It gave a warning shot that the glorious days of the Turkish past was on the verge of dying soon. True to the thought, the secular establishment of turkey went into smithereens as Erdogan proclaimed from the grandstand after the victory “Who wins Istanbul wins Turkey,”

Straight into 2022, the politics of turkey has taken a paradigm shift from what it was in 1994. It is Erdogan who is at the offensive now. Ironically, the man who has turned out to be the worst enemy of Erdogan is the current Istanbul mayor. With the results of a research survey out, Istanbul mayor İmamoğlu is said to ease past Erdogan by 48.7% to 36.6%. Waiting is a historic shift in Turkish politics which in all counts leaves Erdogan fuming, but the two-decade-old statement from Erdogan never merited more relevance than now. “Whoever loses Istanbul loses Turkey.”

The ‘young militant Islamist’ and Istanbul

Erdogan’s tenure as the mayor of Istanbul began in 1994 much to the shock of the secular establishment who rightly labelled him as the ‘young militant Islamist back in the time. His initial years at office unveiled the inner Islamist in him as Erdogan was expelled from the office after his recital of a pro-Islamist poem that landed him in prison for 10 months on the charges of inciting religious hatred.

But his resurgence post the jail term outmaneuvered his critics as Erdogan led Justice and development party stormed to power in 2002 and since then the incumbent president remains unchallenged. It’s no secret that since taking power, all of Erdogan’s prime policy initiatives had a tinge of the tenets followed by Islam as once Erdogan proudly went ahead in claiming that he would bring the foregone days of Islamic supremacy back to the shores of Bosporus.

Apart from the failed coup of 2016, there occurred no big reason to pique concern for Erdogan as every voice of protest and other dissident cries over his authoritarian rule were skillfully subdued by the ‘chief commander’ with detaining journalists, politicians and academics. A very common sight to behold in the Erdogan era.

But after an aeons time, Erdogan has found his bitter rival in İmamoğlu, the outspoken mayor of Istanbul.

In the past, Erdogan has troubled and harassed public servants, police officials and anyone who stood against his Islamic mode of governance. So it requires no morse code to decipher his impending move to put deadlocks on his newfound foe.

During a recent run-up to the election, Erdogan’s party ignited a troll campaign against İmamoğlu, demanding the mayor to prove his credentials as a true Turk. The question came in the backdrop of rising accusations from Erdogan’s party claiming İmamoğlu a Greek disguised as a Muslim.

But the vote count on March 31 2019 hit the alarm bells ringing with a warning sign of a debacle in cards for Erdogan. The situation got measured up when İmamoğlu won a rerun by a whopping margin of 800,000 leaving the giant old party of Erdogan speechless.

This election fiasco turned out to be an impetus for Erdogan to begin a game of intimidation and fear against the mayor who stoutly and single-handedly shattered the seemingly invincible space nurtured out throughout the years by Erdogan’s grand old AKP party. Thereafter, many ploys took shape when Vakıfbank, a state-owned lender decided to froze the Istanbul municipality’s account after a campaign headed by İmamoğlu to help the poorest of turkey due to COVID grabbed in total a mighty sum of $130 million. The ongoing scuffle reached its highest when Ankara in a bid to detest İmamoğlu further decided to suspend the campaign that gave a helping hand amidst the interminable pandemic. A tactic employed by Erdogan to put the halo back behind his head.

Nevertheless, the show of ire from Ankara showed no signs of coming down as the interior ministry further upped its clout and tried to corner İmamoğlu with alleged claims of municipal companies having tie-ups with Kurdish militants.

But with the lira having a sudden downfall and the persistent economic turmoil that turkey is embedded into, the charades in the name of allegations levelled up against İmamoğlu is inadvertently boosting his image among the public. Much time remains before the big vote that tends to rewrite history, but Ankara has committed a gaffe that will only victimise İmamoğlu in the eye of voters.